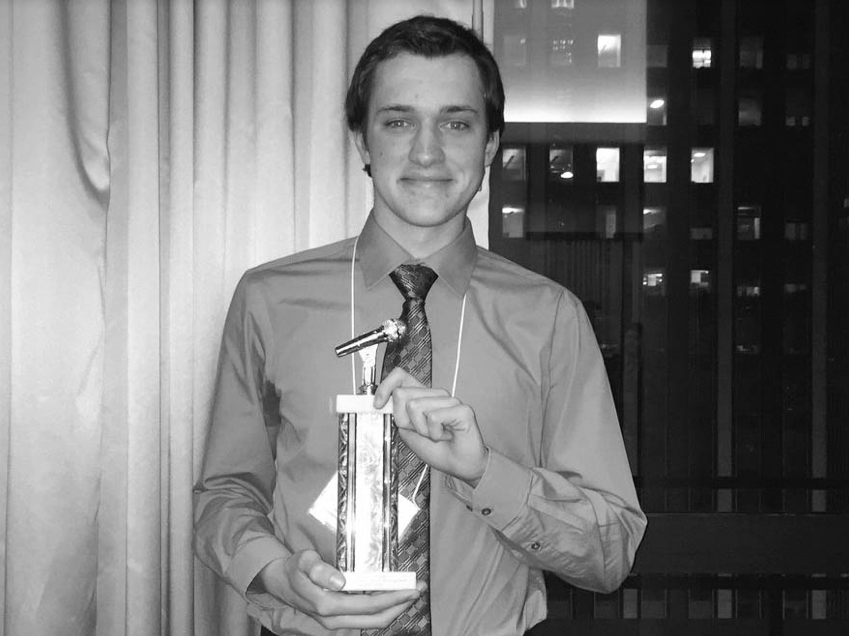 The IBS award evaluates over 1,000 collegiate radio stations nationwide. Jones was presented with the award on March 3 at the Hotel Pennsylvania in New York City.

Originally from Victorville, Calif., Jones has been involved in radio broadcasting since high school. When Jones transferred to UCCS in 2016, he wanted to find some way to get involved on campus.

Jones says that his college talk show allows him to write his own material on a larger variety of local and national sports teams.

“I liked both experiences (in high school and college) a lot, but this one is more professional sports-oriented and allows me to give my views on that. Back home, it was more directional and limited to the high school teams that were playing. Here I have more choice and write my own content,” Jones said.

While he has looked into possibilities of being a professional sports commentator, Jones prefers broadcasting on the radio.

“You get to speak your mind and say what you’re thinking about. It relieves stress for me when I know that every Tuesday I get to go in and talk about something I love,” Jones said.

“I’m not built for play-by-play. I like the radio talk style I do on my show, long form, talking to other people, and opinion based.”

This semester, Jones began working with Philip Oke-Thomas, a sophomore political science major. Jones says that his audience likes addition of a co-host.

“We have gotten a lot of great feedback that we vibe together and made the flow of the show a lot cleaner. There’s a lot more back and forth with different views on the same topics; it’s not just my opinion anymore,” Jones said.

Jones’ sports talk program airs every Tuesday on the UCCS radio from 11 a.m. to noon.