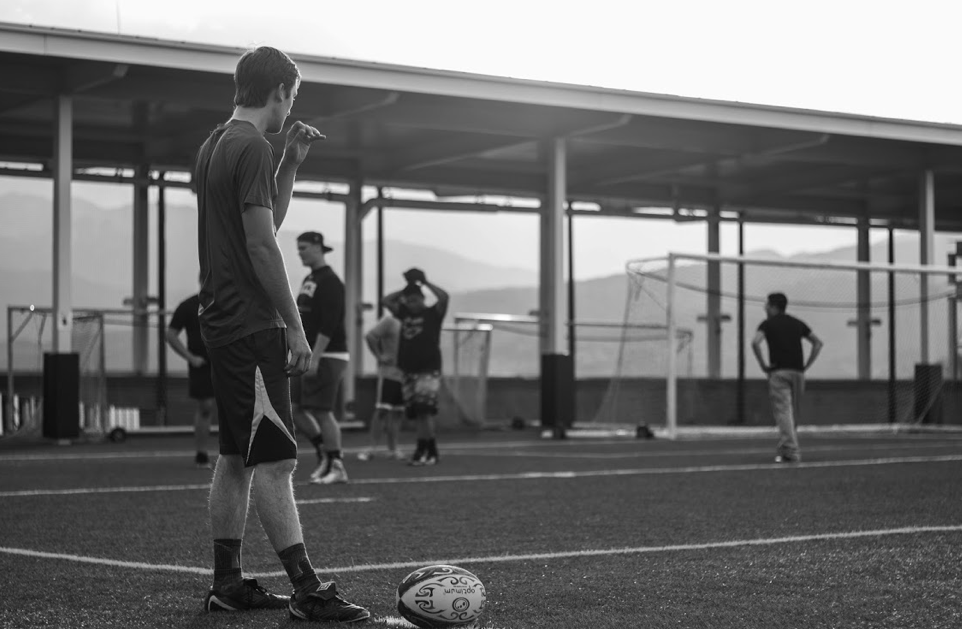 With the new fall sports season kicking off for UCCS athletics, the UCCS Club Rugby team prepares for the season.

While the club faced a winless season last year, a very experienced squad is looking to build on the lessons it learned from previous matchups.

“Last season, we didn’t win our games, but we had a lot of new players on the team. We had to teach them the game,” said club President Robert Gordon, who is beginning his third year with the team. “This year, we come in much more experienced.”

The team plays in the Rocky Mountain Conference, containing many teams in the local area vying for one of four spots in this year’s playoffs, set to begin in late October. The team will also face one team from Montana and two from New Mexico.

Even with a more experienced squad, having fun and enjoying the sport remains the number one priority  for Gordon.

“My expectation is for everybody to enjoy the sport and to enjoy themselves,” says Gordon. “I’m not too concerned about winning. We are enemies on the field but friends off of it. I hope people are able to have a good time and meet people through rugby.”

Any team will always seek added talent and depth, and the rugby squad is no different as it actively seeks to find new members who would be interested in joining the team. The team has often sought freshman who have experience in other sports and would be interested in continuing to compete at the college level.

“In the past we have helped freshman on their move-in day, and helped them become aware of the team,” said Gordon. “Many of them don’t have as much experience playing or following rugby, but it is kind of a combination of soccer and football. We try to find people who have had experience playing certain positions in those other sports such as football and soccer and let them know ‘hey, maybe you could use those skills in rugby.’”

Potential members should look for the club on the UCC’s Student Life website. Requirements for joining are an annual $80 fee as well as a 2.0 GPA. Practices are on Monday, Tuesday and Thursday evening at Alpine Field and Mountain Lion Stadium.

“Rugby is a sport that doesn’t turn people away,” said Gordon when reflecting on his experiences over the past two years in the club. “We are a band of brothers, and it it a great way to connect with new people. We’ve enjoyed our time playing together and getting to know one another.”

With the new season quickly approaching, Gordon and the rest of the team continue to practice hard for what they know will be a challenging, but fun and exciting fall season. With new editions, a dedicated president, and a very experienced squad following valuable learning lessons last season, the team is excited to get the season underway.

The team hopes their preparations this fall lead to a successful start as they seek a win in a showdown with Denver-based Regis University on September 29th, a team which plays in the Frontier Men’s Small College league.