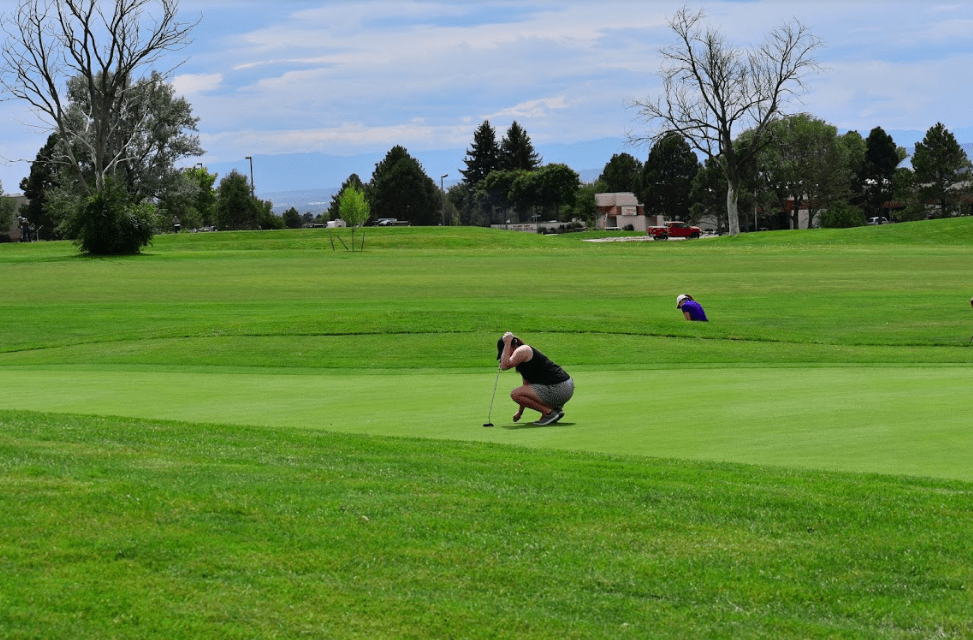 The fall semester marks the beginning of many things. One of those things is fall sports, and more notably, women’s golf.

“We really teach the girls not to have expectations; I don’t really have expectations either,” said Farnsworth. “What we do is we really focus on just trying to put our best rounds of golf together and then seeing how we compare. They don’t go in expecting to win a tournament.”

After finishing up their first invitational last week in Pueblo, the team is now preparing for their first RMAC event next week in Grand Junction.

“Last year we won the Pueblo event,” said Farnsworth. “We talked about making sure as we’re preparing [that] we’re not expecting to win, that we’re just going to go out there and try our hardest and do our best and be the most positive we can and see if we can come out on top.”

Farnsworth says that the difference between having a one week break as opposed to a two week break between tournaments is not substantial.

Farnsworth also continued to press the point that she as well as the team do not hold expectations for themselves.

Although the team lost two golfers to graduation this past year, Farnsworth is confident in the ability of her team, especially her lone senior golfer, Megan Vernon, as well as her lone freshman golfer, Dakotah Kreil.

“[Megan’s] a great leader, she’s learning and growing as well, says Farnsworth. “I feel like she has the ability to have a great season. We also have a freshman and she’s in our Top 5 so my expectation for the team is that they are going to play well.”

Keeping the team positive is important, Farnsworth says. Each golfer is given a strategy to use in tournament play in case something goes awry, or a golfer gets uncomfortable with anything.

Each golfer also her own notebook to take notes with and many of the golfers who have been on the team longer even know what Farnsworth would tell them in certain situations.

“We get better as we go along because we learn and grow each tournament,” said Farnworth. “We get more experience.”