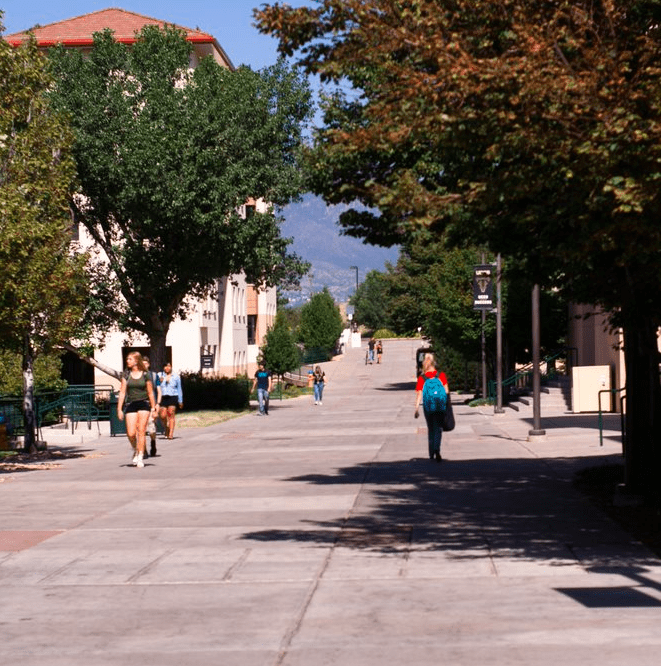 Voices of UCCS: Incoming Freshman class predicted to be the lowest since 2014

By: William Pham
In: Features, Voices of UCCS

From seven lone buildings on an empty lot to over 70 buildings on a campus, UCCS has grown over its 54 years of existence. Often cited as the sister school of CU Boulder, UCCS has developed to rival Boulder in fields like research, student to teacher ratios and student growth.

As an empirical sign of growth, UCCS has recorded a steady increase in the number of incoming freshmen over the last five years. This ongoing trend should continue with the current incoming freshman class, but the predicted data for the class of 2023 is deviating from the expected.

Out of the five prior freshmen classes, the incoming class of freshmen is predicted to be the lowest. Thus, the new class of 2023 will be the smallest class in five years at UCCS.

According to data collected and presented in the Fall Databook by Institutional Research, UCCS is predicting about 2,728 total freshmen, incoming and persisting, in Fall 2019, which is smaller than their expected growth value of 2,790 freshmen.

To better understand this phenomena, three freshmen expressed their thoughts on the current freshmen class size.

Jill Faulkner is currently majoring in criminal justice and psychology. She intends to either join the Air Force or law enforcement after graduating. Faulkner chose to attend UCCS because, according to her, it was the next step after graduating from Pikes Peak Community College. She also commutes to UCCS because of the convenience of the campus.

“People care more about whether you’ve had experience than a college degree,” Faulkner said when asked why she believes this year’s freshmen class size is so low. Jill hinted that the potential drop in freshman class size is due to job market shifts rather than the students.

Meghan Elliot, a biology major, expects to learn much more about biology in her upcoming classes, as well as become more open to meeting new people at UCCS.

Elliot expressed similar views as Faulkner by claiming that people are giving up on education and life in general, and that society is specifically affecting her generation, Generation Z. Elliot said that she sees her generation as more liberal because of the problems currently developing, and she listed things like feminism and climate change as current developing issues.

Elliot further stated, “[Generation Z] has to clean up the mess of other generations.”

Kyrie Milliron began loving biology and chemistry in high school and decided to bring her love and passion of the subject to UCCS. A biochemistry major, Milliron said she has quickly come to love UCCS and its community in the few days of classes.

Milliron also believes the problem stems from culture. Milliron observed how people are caring less and often exude the “well you don’t have to go to a college” mentality.

Besides the mentality shift with freshmen, Milliron also postulates that many people might be taking gap years from college. But most peculiar to Milliron is the disconnect between freshman enrollment numbers and her high school graduating class size. Milliron stated, “My graduating class is the biggest it’s been.”

So, the trend seen at UCCS is an obvious anomaly to our local community.

As the three freshmen have stated, the problems with the freshmen population size are rooted in societal and generational changes. Unfortunately, UCCS does not have the power to control these current issues.

UCCS can instead focus on doing as it has for the last 54 years.

The three freshmen chose to attend college, specifically UCCS, for its community and campus. If the enrollment issue continues to surface, UCCS must continue with this same friendly and open attitude. In doing so, this potential problem will simply be another passing anomaly.