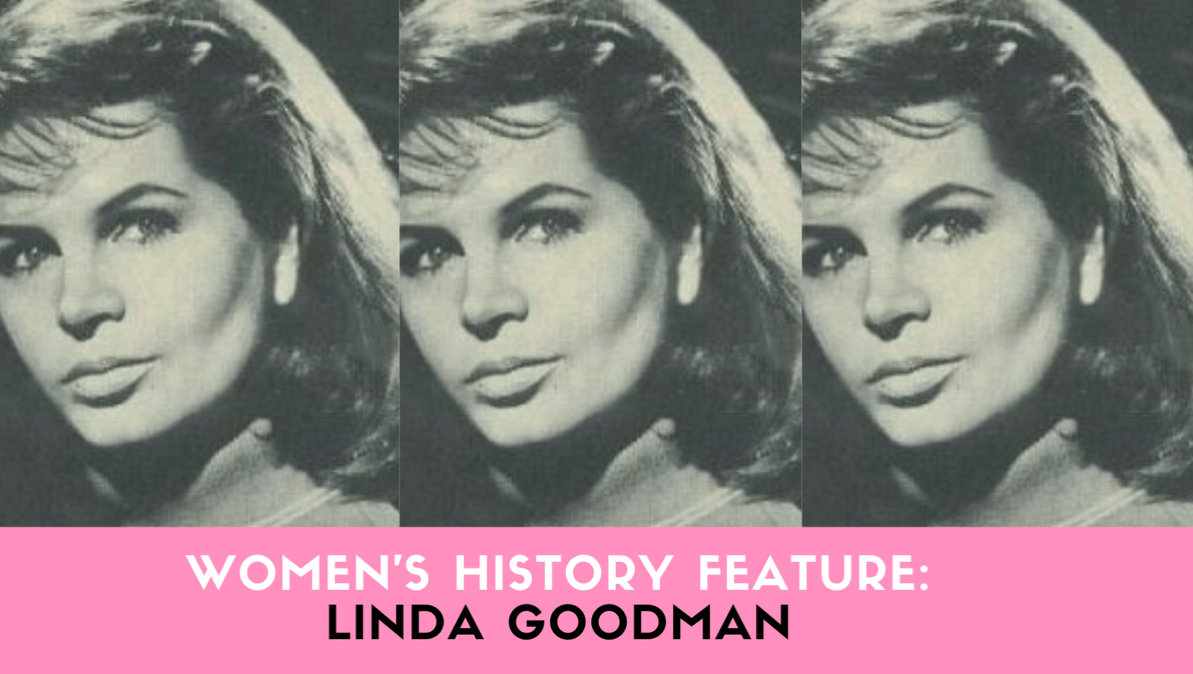 It’s quite possible that you’ve never heard the name Linda Goodman. But you’ve probably heard a thing or two about the subject Goodman devoted her life and career to: astrology.

Rather than talking at the reader about the zodiac signs using prosaic descriptions, Goodman humanized them. She often drew on celebrities, historical figures and everyday people to make the sometimes arcane subjects of astrology, karma and reincarnation more accessible and appealing for readers of all ages.

Goodman’s first book, “Linda Goodman’s Sun Signs” (1968), was the first astrology book on the New York Times Best Seller List, which catapulted both astrology and the author out of obscurity and into mainstream popularity. In it, Goodman wrote not only about the zodiac signs, but also about astrology and its necessity in solving societal issues.

“To correct the evils, great and small, which spring from positive enmity among strangers, as nations or as individuals, is one of the highest functions of civilization,” she wrote.

The success of “Sun Signs” set Goodman on a 20-year book-writing spree.

Goodman’s works were so popular, the paperback rights for “Love Signs” set an industry record back in the day, selling for $2.3 million dollars.

Goodman first developed an interest in astrology after reading booklets at the grocery store. From there, she devoted herself to the starry art, studying it and nothing else for an entire year. After that, she began practicing astrology professionally until turning her focus to writing.

Her pen name was a hybrid of two sources. The first was her radio show, “Letters From Linda,” wherein Goodman read the love letters of WWII soldiers. The second came from her marriage to her second husband, Sam Goodman, whom the writer-turned-astrologer met during her time in radio.

An Aries through and through, Goodman was a five foot bundle of raw energy, sharp insight and progressive ideals. Goodman firmly believed in race and gender equality, often writing about both subjects throughout “Sun Signs” and “Love Signs.” These books were written during the height of the civil rights and women’s liberation movements.

Goodman’s life was not without some pitfalls.

She was the mother of four children: Sally and William Snyder, from her first marriage; and Jill and Michael Goodman, from her second. Her daughter Sally disappeared in 1973, but New York authorities ruled her dead by suicide.

Goodman devoted much of her adult life to finding Sally, refusing to believe that her daughter had committed suicide. This eventually bankrupted Goodman, but the astrologer never relented on her belief in miracles or love.

“Love is magic, the secret power all who love possess without realizing it. No matter how great the injury, or how bitter the words, love will erase it all, as if it had never been,” Goodman wrote in “Love Signs.”

In her later years, Goodman moved to Cripple Creek, Colorado and then lived in Colorado Springs for several years until her death in 1995. Goodman is best remembered for her pioneering spirit, literary prowess and belief in the magic of astrology.