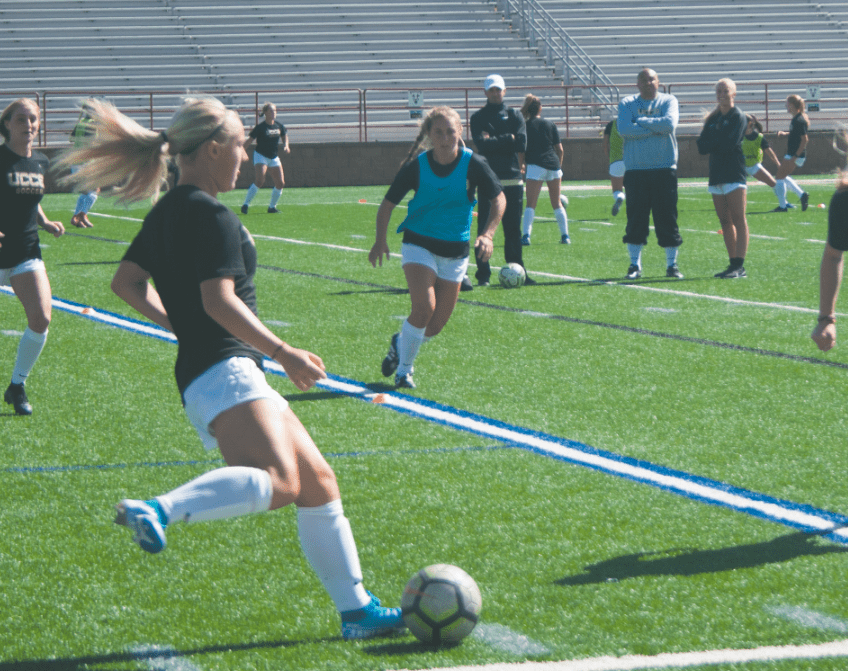 The UCCS men’s and women’s soccer teams will host a double-header for Senior Night at Mountain Lion Stadium to recognize the seniors on the teams and continue their momentum before finishing the regular season.

Both teams are on a win streak, with the men’s team on a two-game winning streak and the women’s team is still undefeated.

On the women’s side, the Mountain Lions were the first team to clinch a RMAC Tournament spot after their double-overtime victory against the Colorado School of Mines.The team has scored 27 goals in conference play, and has only allowed five. Five of their 10 conference games have been shutouts.

Ranked No. 1 in both the RMAC and the United Soccer Coaches national poll, the women are looking to close out their season with two more wins and another tournament appearance.

UCCS remains undefeated against the yellowjackets from the first time the teams met in 2016. In their last meeting on Oct. 25, 2018, the Mountain Lions defeated Black Hills State on their home turf 11-4, outscoring the yellowjackets 8-1 in the second half after being tied 3-3 at halftime.

Earlier this season, the women’s team was honored with the United Soccer Coaches Team Academic Award, another first for the program.

Muir has also been honored throughout the season, receiving an individual academic accolade from the United Coaches association, as well as an RMAC Defensive Player of the Week award on Oct. 15.

After senior night, the UCCS women will round out their conference season at home against Regis (ranked No. 3) on Nov. 3 at 11 a.m.

The men’s team is sitting at No. 9 in the current RMAC standings with their 4-6 conference record.

On a two-game winning streak, they are looking to finish the regular season with a win in their last home game before going on the road to play against South Dakota School of Mines before the start of the RMAC tournament on Nov. 7.

Senior night for the men will be against local rival Regis University, who the Mountain Lions narrowly lost to earlier in the season. In the last meeting between the two teams on Sept. 20, Regis was secured the win in overtime. Going into Senior Night, the Regis men are ranked No. 3 in the conference.

Each player is planned to be recognized during a ceremony at the game, on account of their contributions to the team and their time spent at UCCS.

2019-10-29
Previous Post: New shuttle system brings positive reviews
Next Post: UCCS will not get a football team in the near future