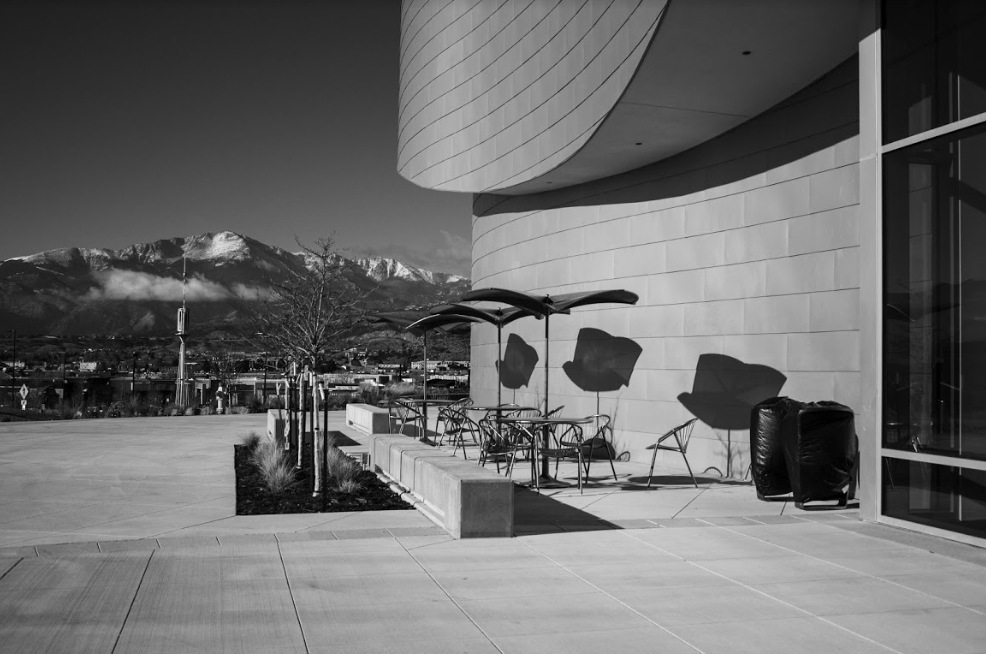 By: Hannah Harvey
In: News, Uncategorized

Enrollment surpassed 12,400 students during the fall 2017 semester, providing for a 3.6 percent increase in comparison to fall 2016.

Blackboard will expire after summer 2018, being replaced by Canvas completely in the fall. This semester, students have been using Canvas on a wide scale as part of their courses as well.

Ent Center for the Arts opens

The Ent Center for the Arts, UCCS’ premier center for theater, visual art, music and more, opened on Feb. 1 for students and the public. Over 800 university and community leaders celebrated the opening at a gala. The center opened Jan. 18 for classes.

The Ent Center houses the Department of Visual and Performing Arts, along with the Gallery of Contemporary Art, Theatreworks, the Dusty Loo Bon Vivant Theatre and the Shockley-Zalabak Theatre.

Mirai Nagasu, international business student, finished No. 10 in the 2018 Olympic Winter Games, where she became the first American woman to land a triple axel and earned a bronze medal on Feb. 10. Nagasu is performing in the Stars on Ice Tour through May 20 and is competing on “Dancing with the Stars.”

The women’s soccer team won the South Central Region Championship on Nov. 17 after hosting the NCAA first and second round games at UCCS. Following their win, they advanced to the NCAA Final Four, the first team to do so in program history.  The team lost to Carson-Newman in the NCAA Division II Women’s Soccer Championship semifinals.

On Feb. 24, the women’s track and field team won its first RMAC conference indoor championship. The team can in No. 1 by a one-point margin against Western State Colorado University.

Senior Molly Klotz, freshman Dejah Glover and junior Skylyn Webb drove the team to finish in No. 2 during the 4×400-meter relay. Webb came in No. 1 in the 800-meter run with the fastest time, 2 minutes, 12.36 seconds, in the 800m in Division II this season.

The discussions came after freshman Zachary Schlagel was killed in a hit-and-run by a driver who was speeding and ran a red light as Schlagel and two other students were crossing. Austin Bluffs Parkway has a speed limit of 40 miles per hour; however, drivers have been recorded travelling at more than 60 miles per hour on the curvy road.

Ideas including flashing signs, bridges, underpasses, fencing and longer left-turn signals. UCCS has been working with the city to decrease the traffic load as well.

On April 6, the CU Board of Regents approved the smallest tuition and fee increase at UCCS in the last 12 years. Tuition will rise 2.6 percent starting in the fall 2018 semester, equaling about $240 total.

UCCS offers the least expensive degree costs in the CU system by $1,000 each year.

Politicians, actors and entrepreneurs made their way to UCCS this year to speak about innovation, globalism and immigration reform.

Nigel Farage, leader of the United Kingdom Independence Party and leader of Brexit, and Vicente Fox, former president of Mexico, debated globalism and nationalism on April 3. The debate was part of a four-date campus tour sponsored by the Steamboat Institute.

Diane Guerrero, an actress and activist famous for her role as Maritza Ramos in “Orange is the New Black,” spoke as this year’s Significant Speaker on April 11, hosted by the Office of Student Activities annually.

Guerrero discussed her career, inspirations for acting and activism for immigration reform and DACA during the event.

William Shatner, actor and entrepreneur famous for his role as Captain Kirk in “Star Trek,” spoke to students, faculty, donors and community members during the Bachelor of Innovation 10th Anniversary event on April 19.

Shatner discussed technological and global innovation during his keynote speech titled “Hope and Innovation.” Terry Boult, El Pomar Endowed Chair of Innovation and Security, and Nina Polok, executive director of the Bachelor of Innovation were presented with awards, and Shatner received the BI Bold Award.