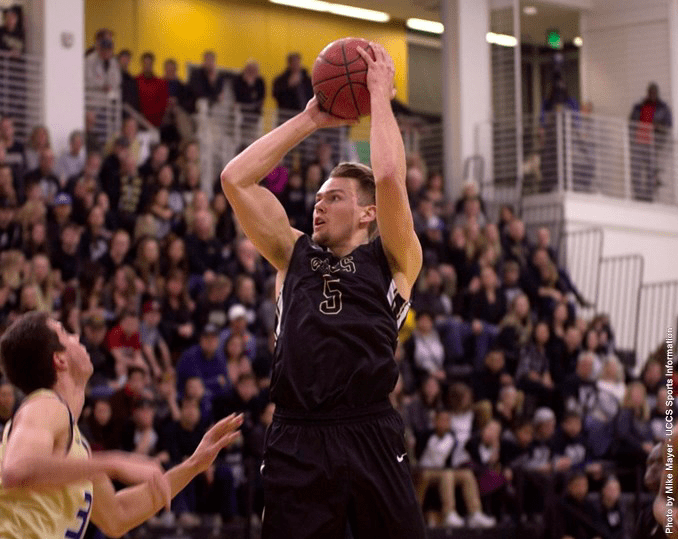 Basketball to begin this week, recap of 2016-17 season

Students showed their school spirit at Mountain Lion Madness on Oct. 19, where the men’s and women’s basketball team played their first game of the year.

But this is not the only time when students can hype up UCCS’ basketball teams. Basketball season begins this week on Nov. 1 for the women’s team and on Nov. 3 for the men’s team.

The first games will serve as exhibition games, which are unofficial games played under regular conditions, usually as a part of preseason training or as a fundraising event. Through this game, coaches were able to examine how their players compete before the regular season begins.

Last year, the women’s basketball team finished their season with an overall record of 24-9 and a conference record of 17-5, tying for second in the RMAC regular season standings. The 24-9 record contains the second-most wins in program history.

The team won their first conference championship last season and qualified for the NCAA Division II National Tournament for the third consecutive season. The team had also made it to the second round for the first time in UCCS history before losing to Angelo State.

On Oct. 23, the team was also voted No. 7 and picked to advance to the conference postseason for the seventh consecutive season in the 2017-18 RMAC Preseason Coaches’ Poll.

Starters Madi Gabler and Kelly O’Flannigan will return this year. A notable player, Kristen Vigil, was the top player of the bench with 19.2 minutes per game.

They will open the regular season at home Nov. 10 against West Texas A&M.

The men’s basketball team will have their first exhibition game on Nov. 3 at home against Yellowstone Christian, followed by a game the next day against Colorado College, also at home.

Last season, the men’s team finished with an overall record of 12-16 and a conference record of 11-11 tying for seventh and reaching the conference tournament for the fourth consecutive season.

During the RMAC postseason, they lost to Fort Lewis in the first round.

UCCS returns four starters from last season, led by Justin Smith’s 11.9 points and 5.7 rebounds per game. Smith was the RMAC Offensive Player of the Week on Feb. 6 last season.

Elijah Ross ranked No. 11 in the conference last season with 3.5 assists per game, and Brandon Malone ranked No. 12 with 41.8 percent at the three-point line. The Mountain Lions led the RMAC with 39.8 rebounds per game.