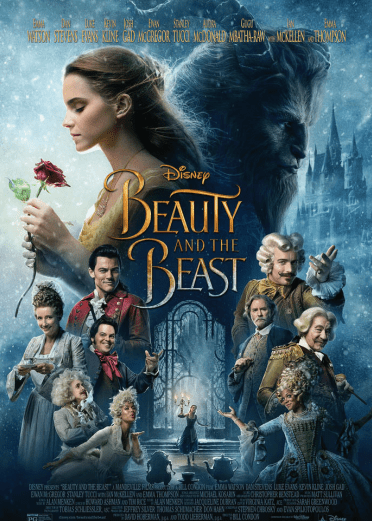 ‘Beauty and the Beast’ remarkable until the last petal falls

A tale as old as time, “Beauty and the Beast” has been a beloved Disney movie since the original was released in 1991.

Now in 2017, director Bill Condon took on the task of remaking the classic into something just as magical as the original without altering the plot too much.

I didn’t have high expectations for the movie when I first walked into the theater, but I found myself singing “Beauty and the Beast” for the duration of my 15-minute walk back to my hotel.

The movie opens with “Belle,” a song that serves as an appropriate introduction of Belle herself (Emma Watson), the “funny girl” who lives in the small French village of Villeneuve.

Belle is teased for her love of reading and sense of adventure and wishes she could find someone who understands her other than her father Maurice (Kevin Kline).

Like the original, Gaston (Luke Evans) attempts to win her over with the help of his goofy sidekick LeFou (Josh Gad), but Belle sees through the act and turns him down.

The plot takes a twist when Maurice fails to return from a trip selling music boxes. As Belle searches for him, she stumbles upon a castle with inanimate objects come to life, like talking candelabrum Lumiere (voiced by Ewan McGregor) and clock Cogsworth (voiced by Ian McKellen). Then there is, of course, the beast (Dan Stevens).

Belle and the beast bond over their love of books, and eventually the beast falls in love with her. Belle breaks the spell cast on the beast just after the last rose petal falls, Gaston is defeated and the handsome prince and Belle live happily ever after.

Emma Watson as Belle was the perfect casting decision. Going into the movie, I was expecting to see Hermione Granger singing and dancing, but Watson transformed herself into a fairytale princess. Her voice lessons paid off, and her singing was impressive.

Although the storyline is the same, Condon added new songs to the movie, including Celine Dion’s “How Does a Moment Last Forever,” which let the audience experience unexpected fresh take on the music.

A few new scenes were added as well, but I won’t spoil them. They added another layer to the plot that was missing from the original film.

I was skeptical about how the production crew would go about incorporating moving candlesticks and Beast moving across the screen, but the combination of effects was almost flawless.

The beast’s fur swayed effortlessly with the cold, wintry breeze, and Lumiere’s dance moves were better than most other characters.

Rumors of homosexual encounters between LeFou and Gaston were plentiful, but to be honest, I didn’t feel like they made any difference in the movie at all. Whether or not LeFou is attracted to Gaston is irrelevant to the storyline, so don’t go into the movie expecting to see anything more than a wink and a hug.

I would be careful bringing young children to this movie as there were parts that could arguably give them nightmares.

Otherwise, this movie is perfect to watch with family, friends or even a significant other. It is filled with romance, love and humor and leaves you wishing you could sing as well as the dresser.