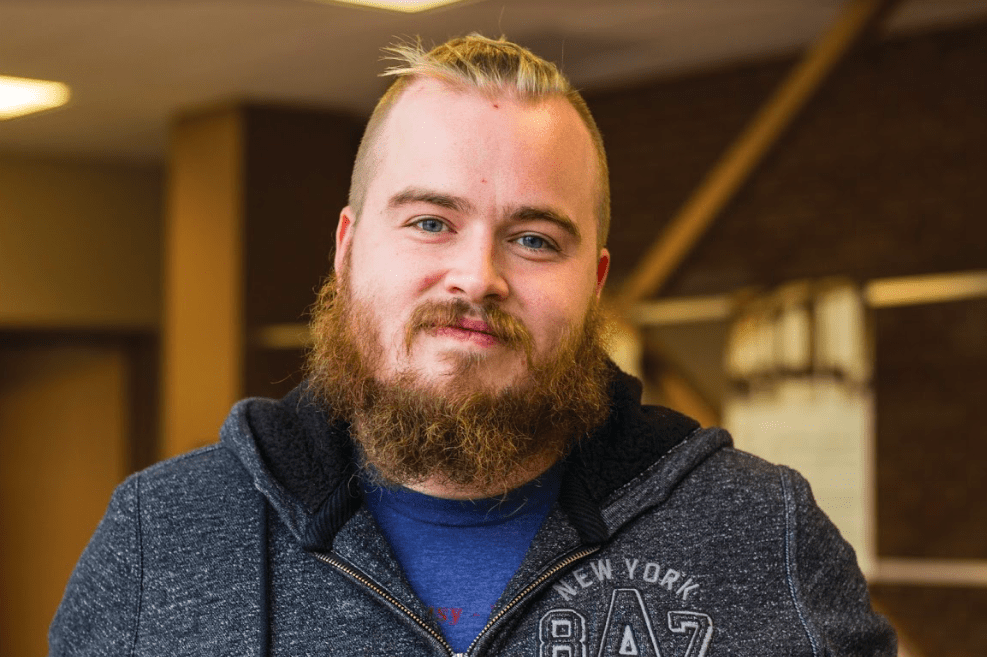 Sophomore engineering major Ben Sprouse has always been a fascinated with machines and how they work.

Sprouse, a former power generation equipment repairer, opened a small blacksmith shop in his garage, where he uses his talents to make items that he and his friends need, as well as contribute to the lost art of homemade gift giving.

Sprouse believes that hand-making exclusive and personalized items from his workshop is a great way to express his gratitude to friends, family and others in the community.

Since Sprouse was a child, he loved taking electronics apart and seeing how they worked.

“I’ve been making circuits since I was a kid. My mom would give me things like VCR’s to take apart,” he said.

In 2010, Sprouse decided to join the army to become a power generation equipment repairer.

According to the US Army Job Descriptions and Qualifications, he supervised and performed maintenance and overhaul of power-generation equipment, internal combustion engines and associated equipment in mobile and stationary power plants.

Sprouse says that this this was a very diversified field to go into.

“You’re dealing with the electrical and mechanical side of things. This was where I got my first official training in electronics,” says Sprouse.

Once he left the military in March 2014, Sprouse landed his dream job as a senior electronics technician for mechanical and aerospace at Missouri Science and Technology.

“I got to run around all day and fix their lasers and trouble shoot robots. I loved that job,” he says.

In 2016, Sprouse moved to Colorado Springs with his wife and bought a house. When they purchased their house, it wasn’t completely finished, so Sprouse decided to put his smithing skills to the test.

He began making items he needed for the house in his garage. Sprouse prefers to work mainly with iron and steel.

“You go to Lowe’s and buy a shelf bracket for $5. It’s not substantial; it won’t last long.  I anticipate that the ones I make will be around longer than I will,” said Sprouse.

Sprouse encourages people who have an interest in being a blacksmith to experiment with different methods and ideas, but always learn from your mistakes.

“You can learn as much as you would care to know about a topic when taking a class or looking something up on the internet, but you learn much more in the act of doing than the theoretical knowledge you gain from videos and classes,” he says.

For Sprouse, forging is more of a hobby, thinking of it as an occupation might potentially kill the enjoyment he gets from it.

“If I try to make a living on [forging] it might ruin it for me. Everybody has to have the thing that you can do for an escape,” says Sprouse.

While working in his shop, Sprouse does not like to be under pressure to continually turn out new products, since that might take away from his creative process.

“I’ll do some jobs here and there, but it’s nice to go out there and look at what I got, and say ‘let’s try this today,’” he says.