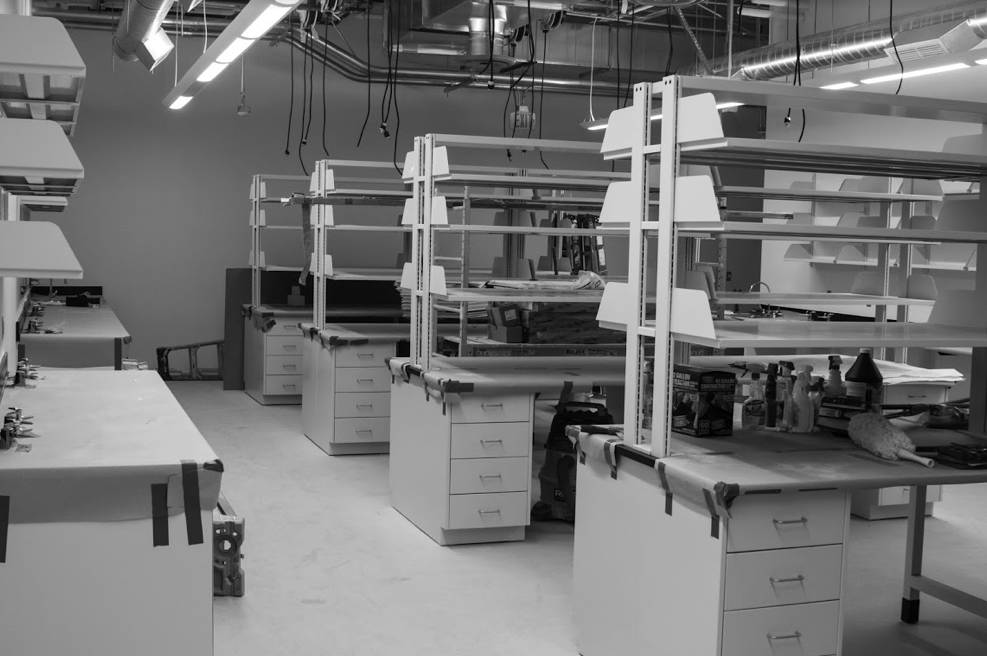 By: Hannah Harvey
In: News, Uncategorized

“For many years, we went along the order of something like 10 to 15 percent attrition rates in general chemistry. Over the period of 10-15 years, I saw that grow When I stopped teaching general chemistry several years ago, it was up to 30 to 40 percent,” said Anderson.

However, chemistry and biochemistry students and instructors say that retention in the program is due to a variety of factors, including difficult transitions to college life, preparedness at the high school level and a lack of study skills.

“You’re probably going to have fewer chemistry majors than you will in other disciplines,” said Janel Nichols, associate professor and associate chair of the Department of Chemistry and Biochemistry.

Albeit small, the number of students who will graduate this spring is a good number, according to Anderson, who has been chair of the department for nine years and taught organic chemistry for the last 37.

This semester, there are 95 biochemistry and 67 chemistry majors in the program. This number accounts for students pursuing either a B.A. or B.S. and has fluctuated since 2013, according to the spring 2018 databook provided by the Office of Institutional Research.

In 2013, a total of 53 students pursued biochemistry as a major, while a total of 107 pursued chemistry. Enrollment in biochemistry has continually increased each year, but fallen in 2018, along with chemistry, which dropped by over 50 students since 2013.

Many students, regardless of whether or not they are a student in the chemistry and biochemistry department, will need to take chemistry classes for their degree. However, retainment in the programs can be difficult due to adjusting to a rigorous program and developing adequate study skills for STEM classes.

According to junior biochemistry major Cody Stein, a chemistry peer tutor in the Excel Science Center, students don’t always use all of their resources to be successful in class. Stein spends about 10 hours a week studying.

The average amount of hours varies between chemistry classes, but according to fall 2017 data from Faculty Course Questionnaires, most range between four to six or 10 to 12 hours a week.

“It’s obviously a hard major to be in, but then again, college is supposed to be hard. You’re supposed to figure out how to study and how to be successful in life,” he said. “The willingness to be able to transition and put in more work is what makes students successful.”

According to Stein, a strong understanding of general chemistry translates to success in upper division chemistry courses. Professors are help students to see that success, he said.

“I haven’t been in a specific department where professors aren’t helpful,” said Stein.

If students are not succeeding in class, it may be because they are not studying effectively. Stein suggested using the Excel Science Center, doing practice problems and visiting office hours if students are having problems.

“If you’re not utilizing that, you’re putting yourself to a great disadvantage,” said Stein.

However, students who struggle in classes like general chemistry, which, according to Anderson, had a drop rate of 70 percent, may not have come into the program well-prepared from high school.

“We actually have been experiencing, in recent years, a struggle in preparedness in freshman-level chemistry in particular,” he said.

To alleviate this, the department implemented hard prerequisites for general chemistry in the fall of 2017. According to Anderson, students either need to pass a 60-question chemistry placement test or a math placement test for MATH 1050. To pass, students need to score a 50 percent or higher.

The tests have helped to alleviate the attrition rate; it was cut in half last semester, said Anderson.

“The situation has slowly gotten worse over the years and we are not proud of having drop rates in our courses, so the best solution to that was to come up with some instruments that would be good indicators of potential student success,” he said.

“We don’t want to be taking all this money from students and then failing them if there’s a measure we can use to help predict their success.”

In both lower division general chemistry and upper division chemistry courses, students need to also understand the amount of time they have to study outside of class, according to Nichols.

Students need to be their own advocate in how they study and ask for help since large freshman-level classes have 100 to 120 students, according to Nichols, who believes that high school preparedness is a reason for a high drop rate.

“When you look at general chemistry as an introduction to the field, it’s a ton of information because not only are you combining the requirement for math skills — basic algebra in gen chem one — but for many students, this is the first time they’ve been exposed to some of these terms,” she said.

Nichols uses team-based learning, where she gives materials to students ahead of time and quizzes them in class on said materials. Nichols also leads research projects involving students; mentorship in a research environment can be another effective practice, she said.

Students may drop chemistry classes or switch majors due to lecture styles, time management issues, an interest in a pre-professional program such as medicine but not science or a steeper GPA requirement, said Nichols. However, there is not a direct answer for why students drop.

According to Nichols, a larger issue is study skills. ““How do you figure out how to study when you’re paying for school for the first time, you’re working, you want to be involved in extracurricular activities — it’s a lot to ask of a young person who’s coming just from high school?”

Similarly, lab requirements can be an extra piece to class and studying; the American Chemical Society mandates that 400 hours of lab are completed over the course of three and a half years.

High school preparedness can also be an issue, said Anderson. In the last 30 years, general chemistry has not been taught any differently; ultimately, students are not prepared well in high school and do not yet know how to effectively study, said Anderson.

Ultimately, the department wants to find ways to help students be successful, according to Anderson.

“It’s a two-pronged approach: help students be successful in what they’re pursuing or help them find something else,” he said.

“Many of our faculty members are doing an amazing job of using the Science Center for office hours so that they can help more students in a space and so that students are comfortable asking for help,” said Nichols.

Nichols thinks that students should study everyday, form relationships with their instructor, ask for help when needed and study by doing practice problems and reading the textbook.

“They completely have the ability, no doubt about that. It’s just how do you study effectively?” she said.