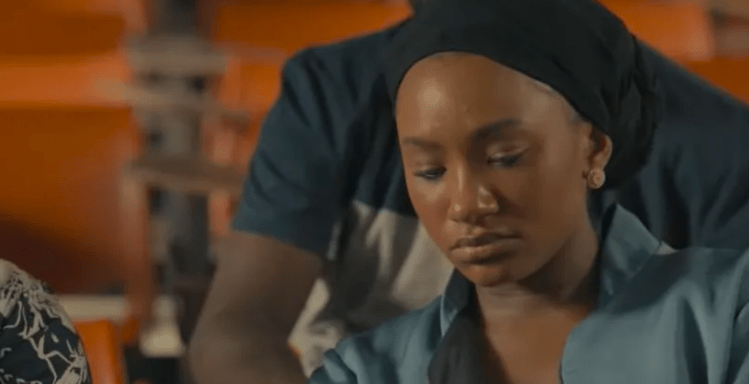 Allegedly based on true events, “Citation” utilizes a west African perspective rarely considered by the rest of the world to create newfound dialogue surrounding the abuse of power.

By showcasing cultural circumstances where rape culture is normalized due to gender and sexuality-based oppression, director Kunle Afolayan’s Netflix film serves as a reminder of such abuse that exists outside of Nigerian borders.

“Citation” centers the drama around Moremi’s testimony given in front of university authorities, N’Dyare, witnesses and other advocates.

From the beginning, Moremi’s allegations are shown to be easily dismissed by the university authorities. Afolayan captures the “he-said-she-said” dynamic in a raw way, showing how the panel that Moremi sits in front of clearly favors the professor.

However, as the film progresses, it becomes apparent that N’Dyare is guilty. Time skips allow the viewer to see the seemingly innocent relationship that Moremi develops with the professor and how it progresses into a much more disturbing phase.

A complex emotional arc is highlighted by Moremi’s romantic relationship with medical student Koyjeo (Gabriel Afolayan) and how it becomes volatile after he grows uncomfortable with N’Dyare’s role in Moremi’s life.

One thing leads to another, and in a surprise class trip to Senegal, Afolayan lays out the traumatizing set of circumstances that leaves no aspect of Moremi’s allegations up to debate.

Sharing her story in front of the panel of university representatives and deans, Moremi’s credibility is obviously doubted. N’Dyare’s own credibility and standing as a respected professor support his lies, leaving the viewer to wonder if the system will work out in Moremi’s favor.

The final, unnerving act comes after a run time of 115 minutes, approximately two hours and 30 minutes. With the lagging of the plot, aiming to properly showcase the intricacies of Nigerian daily life, “Citation” becomes hard to fully focus on. But given the alarming subject matter at the center of the film, the filler scenes offer a brief break from the film’s discussion on sexual assault.

While Afolayan creates a sympathetic narrative towards Moremi and her experiences, it was hard to watch N’Dyare receive sympathy from the panel of university representatives. Jean-Louis does a phenomenal job at juggling the professor’s charismatic nature while slipping into manipulative behaviors flawlessly. He makes N’Dyare an easy character to like at the beginning of the film, making scenes between Moremi and N’Dyare even more nauseating.

The topic of sexual assault remains consistent and clear throughout the course of the movie but does not rely on the shock factor and explicit aspects of assault to push the message across. Disturbing scenes are kept to the bare minimum, the plot mainly relying on unsettling conversations between Moremi and N’Dyare.

“Citation” wonderfully presents the issue of sexual assault and power abuse on college campuses, with the credibility of Nollywood to present a fresh perspective to Western audiences. Currently sitting at the sixth-most popular film on Netflix and most watched on Netflix in Nigeria, the lengthy runtime of the film is the only thing that sets it apart from other pieces of social impact media.

2020-11-24
Previous Post: Latest COVID-19 data at UCCS and in Colorado
Next Post: Just because I’m gay doesn’t mean I know every LGBTQ+ identity