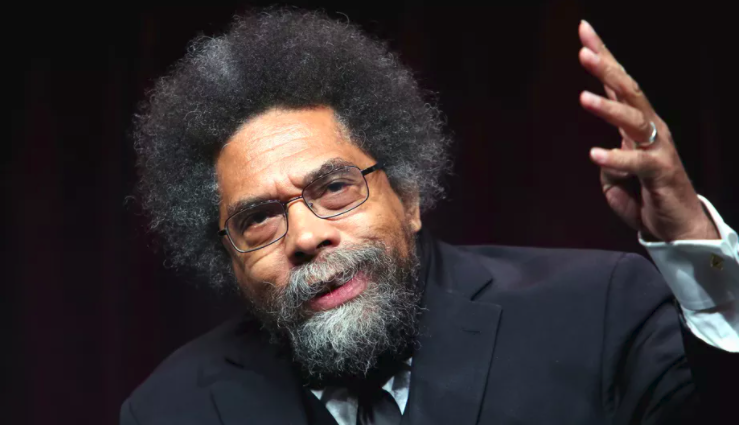 “An Afternoon with Cornel West: Race, Religion, and Politics in a Year of Global Calamity” was a Q&A and conversation format, composed of audience questions and questions from the three professors. West answered questions regarding the intersectionality of race, religion and politics and how these topics correlate to the current state of the U.S.

Scholes began the conversation with a question regarding the upcoming presidential election, specifically our current president.

“You, Dr. West, have labeled Donald Trump as a type of neo-fascist,” Scholes said. “As we all know, we have a presidential election coming up in less than two weeks. Our current president has been characterized by his opponents as being a sexist, a racist, a xenophobe and a narcissist.”

West responded with his idea of fascism and what we are experiencing today with Trump as our president, along with what the outcome of this election could mean.

“I think the important thing is to not fetishize brother Trump. He is a human being, like anybody else. He happens to be a sign and symbol of a profound spiritual decay and moral decrepitude in the nation. He represents the worst of the country,” West said.

West went on to discuss the importance of empathy and how Trump lacks this quality. He cautions against overarching stereotypes and words that end in “-isms,” such as fascism.

“Power cannot determine morality,” West said, voicing serious concern about the current state of our social and economic systems. West believes that our culture and what our society currently values and prioritizes right now are only feeding capitalism, status and power, polarization and the patriarchy.

West drew a connection between the KKK and President Trump, stating, “We’re not only a polarized society, but it’s a gangsterized society.”

West discussed this particular topic for nearly 25 minutes of the conversation, delving deep into what exactly this election means in relation to the state of our country and our world.

Professor Spaulding switched the topic to discuss anarchy. West believes that love and justice, not hatred and revenge, are at the center, which brought religion into the conversation. The panelists spoke to the importance of the variety and diversity of voices within our society, where everyone is heard, especially during times when it seems like no one is willing to understand each other. There was a focus on evangelical Christianity, and how this relates to the election and the Colorado Springs community, which is known for being largely evangelical.

The Black Lives Matter (BLM) movement was also highlighted in the discussion. West professed his hope for change in racial discrimination in America, while Spaulding touched on how others are losing hope, as she has witnessed first-hand in this movement.

The conversation ultimately led back to West speaking on the importance of unity and trying to understand and empathize with one another, despite our differences. He talks about and models how to be non-judgmental and understanding of everyone’s experiences, whether he agrees with them or not. He recognizes that all hatred stems from hurt.

Another subject was the coronavirus pandemic, and West spoke about how this experience is occurring simultaneously with a lot of other topics that were previously discussed, like the election and the BLM movement.

After several questions from students, UCCS professors and general public audience members were answered, the event came to a close, with special thanks to West for giving his perspective and sharing his insight on these important issues. West articulates the same message as Martin Luther King Jr., which is a legacy he hopes to help maintain despite our current social struggles.

The virtual event was streamed through the UCCSLive platform and is still available to watch.