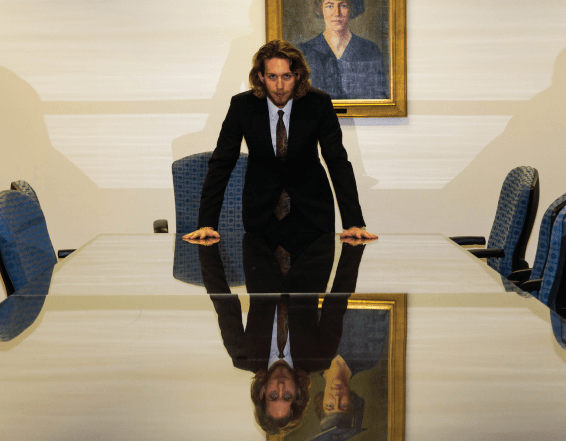 By: Sudo Nim
In: Life on the Bluffs

UCCS students, faculty and staff are optimistic this week as a new chancellor was selected on March 23 by the CU Board of Regents.

Fueled by a newly compiled, completely legal code of ethics drafted by Colorado government officials, the CU Board decided to disband the UCCS chancellor search committee.

Instead, members of the Student Government Association will assume all chancellor responsibilities.

SGA members will rotate through several key positions like chief of staff and executive assistant to the chancellor.

If any issues arise that need deliberation, SGA will convene briefly after briefly reviewing a report, hold an expertly informed vote and proceed in the direction democratically agreed upon.

This system will work well on campus, according to Todd Runn, political science professor.

“It is a historically proven, fool-proof system. We’re all very excited about this,” said Runn.

Current staff members, like chancellor’s office assistant Dawny Wood, are relieved to begin their retirement decades ahead of schedule.

“Now I can stop spending my time completing meaningless paperwork day in and day out, and focus on my knitting,” said Wood.

In an email announcing the new leadership, CU president Spruce Fencein gloated about SGA’s ability to make progress on campus to faculty members.

“These men and women will carry this campus forward as a major university with zero parking fees and probably a roller-coaster of a petting zoo,” he said. “They are go-getters with weeks upon weeks of experience with the inner workings of this campus, and I fully support every single one of their life-changing endeavors for UCCS.”

This appointment comes just weeks before the student government elections, which will see the entrance of a new president, vice president, director of finance and several senators.

Each presidential candidate team possesses a valuable set of skills to make them equally successful as co-chancellors, according to Fence-In.

“I would put my faith in each one of the candidates running for the highly-coveted positions of student body president and vice president,” said sophomore underwater basket weaving major Skyy Morgan.

An announcement email has not yet been released to the public for fear that a celebration may erupt so fiercely that buildings would crumble to the ground.

Fence-In continued in his announcement email, “We will hold a press conference next month with several international news outlets. Other key attendees will include multiple world leaders, the Globel Pizza Prize committee and even Oprah herself.”

Reports have begun circulating that famous ‘90’s rapper Tupac will choose this venue to reveal that he is still alive, and that the groundbreaking administrative restructuring of UCCS inspired him to return to this great world.

Search committee members, students and faculty are already in favor of the decision.

Jameson Opinonwitz, one search committee member, is satisfied by the Regents’ decision.

“This has been the most obvious course of action from the beginning. Forming the search committee in the first place was just a waste of time and resources,” he said.

The effective strategic allocation of funds is just one of many reasons why UCCS needs the student government to step into this role, according to UCCS dance team president Spirit Jones.

“I personally trust SGA with my money, my club and my ankles,” she said.

Newton Faraday, physics professor, is excited for the future.

“We’re finally taking the campus in the direction it should be going. By the year 2019, most of the staff and faculty agree that tuition will probably be 100 percent free, and SGA will have already moved on to establishing contact with alien life forms,” said Faraday.