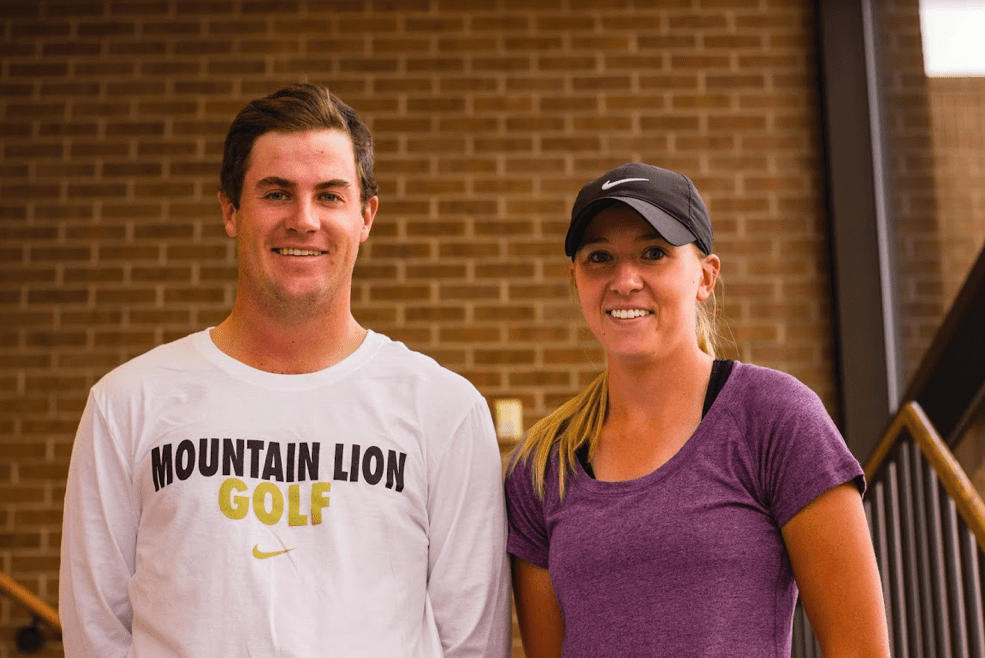 The men’s and women’s golf teams are already making strides on the green this season.

On Sept. 12, the women’s golf team tied for second in the RMAC fall preview. Senior accounting major Alex Darwin tied for No. 18 in the preview, two weeks after being awarded RMAC Preseason Golfer of the Year on Aug. 31.

Senior secondary education major Colin Prater, who has competed on the men’s golf team since 2014, received the same award as UCCS ranked No. 1 in the RMAC Men’s Golf Preseason Coaches’ Poll.

Prater and Darwin have both made an impact on the men’s and women’s golf teams at UCCS in their collegiate athletic careers so far.

“I was very fortunate again then… to win RMAC Golfer of the Year. It means a whole lot that the coaches see the hard work and dedication, and as a team, we could hopefully win another RMAC title,” said Prater.

Darwin echoed Prater’s opinion, but for her, the award does not mean that players don’t have to earn it.

“It means a lot that the other coaches see talent in you, but at the same time, you still have to put the work into the season to earn that” said Darwin.

Last year, Darwin was the RMAC championship runner-up for the second consecutive season finishing two strokes behind the winner and had set a program record with a 79.22 stroke average.

Darwin has also received the RMAC Summit Award, Women’s Academic Golfer of the Year and First Team All-Academic. Darwin said that her athletic career so far has been good.

“It’s been great. As good as I had hoped. Hopefully, this year we will get some wins. We finally have the opportunity to go to regionals,” said Darwin.

As for Prater, he was the RMAC Men’s Golfer of the Year and won the RMAC tournament individual title with an eight under 205. Prater led the team to their No. 14 overall title in program history and came in No. 4 at the NCAA Division II West/South Central Regional Championships.

Prater has also been named to First Team All-RMAC, Ping All-America First Team, Ping All-Region and All-America scholar honors since being at UCCS. Prater, who hopes to take the team to Nationals, said that he has had a successful collegiate golf career.

“I’ve been fortunate enough to win nine times and been All-American three times. So, this is just another year to try and get better. The goal is to try and get a little bit better every single day,” said Prater.

“The goal for me and the team is to go out there and play the best but to try and win. That’s the goal each and every week and every tournament.”

Over Labor Day weekend, the women’s golf team won their tournament win in program history at the CSU Pueblo Invitational in Pueblo, Colo.

Darwin finished one stroke behind freshman McKenna Vanko on the first day with a 2-over 74 and is tied for fourth in the individual standings. On the second day, Darwin tied for third with a 149 after a 75.

The tournament and the success that came from it was exciting, according to Darwin.

“It feels like we have a brand-new team this year, and I think UCCS Women’s Golf is going to be a competitor, finally. We’ve done well in the past. I feel like the other teams finally recognize us as competition,” said Darwin.

The men’s team has competed at regionals for the last 13 years and came in No. 1 at the RMAC Championships in Arizona in April, according to Prater. Winning a national championship is the priority for this year as well.

“This year, it’s have a little more focus, a little more drive and build a little more momentum going into super regionals so we can go to nationals and we could compete to win a national championship,” said Prater.

After graduating, Darwin plans to go to graduate school, while Prater plans on pursuing a professional golfing career.

For more information on men’s and women’s golf, visit gomountainlions.com.