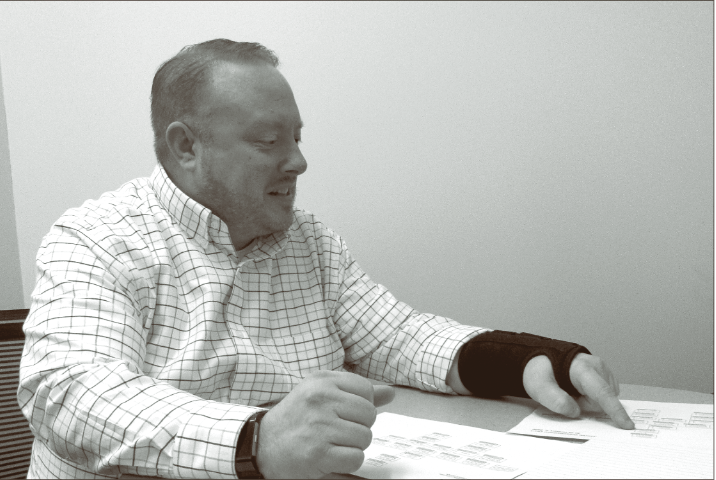 The Ent Center for the Arts did not meet its revenue goals for its second year of operation. In response, staff positions are being consolidated.

The Ent Center’s sales failed to meet projections during its second year of operations and the administrative team has consolidated positions creating new ones to account for the changing circumstances.

The executive director position for UCCS Presents has been temporarily fi lled by Chad Garland, senior director of the University Center and Conference Services, since Drew Martorella left in August. Garland is overseeing the consolidation of an artistic producer position and a company manager position into a producer position, as well as the creation of a data analyst position.

According to an article by Pam Zubeck of the Colorado Springs Independent, the Ent Center’s ticket sales fell short of their projections in the second year by roughly $36,000.

“We depend a lot on some very different revenue, ticket revenue, contributor revenue, and we also receive funding from the general fund,” said Garland.

The facility has had to rely on additional gifts from sponsors to make up for lost revenue from lower than expected ticket sales and rental space reservations.

“We are at the point where we started to rework some of our operations to make it more effi cient and budget friendly,” said Garland, adding that the Ent Center is looking for a major revamp, which includes revaluating methods of gaining revenue and reviewing certain staff positions.

The goal of the revamp is to create a more effi cient system that will help bring stability to the Ent Center. Under Garland, positions are being reorganized and created from obsolete positions, and most of the jobs lost in the restructuring were intended to be temporary.

The new producer position will serve as a part of Theatreworks. The data analyst position will help manage funds and data from donors and sponsors.

Other major positions, such as the three artistic directors, have not changed. These three directors preside over the Galleries of Contemporary Arts (GOCA), the Artist Series program and Theatreworks.

Within the higher rungs of the Ent Center staff, only the individuals in the marketing manager and executive director positions have left for other positions. The university is currently working on fi lling these open vacancies.

Despite these new changes, the Ent Center is still producing as many shows this semester as it did last semester and producing more shows than last year.

“As we plan our budget for next year, we may work on maybe doing fewer programs, but only when we can raise the quality of that experience for students, faculty and staff,” said Garland.

Annual budget planning from the Ent Center will begin in this month.