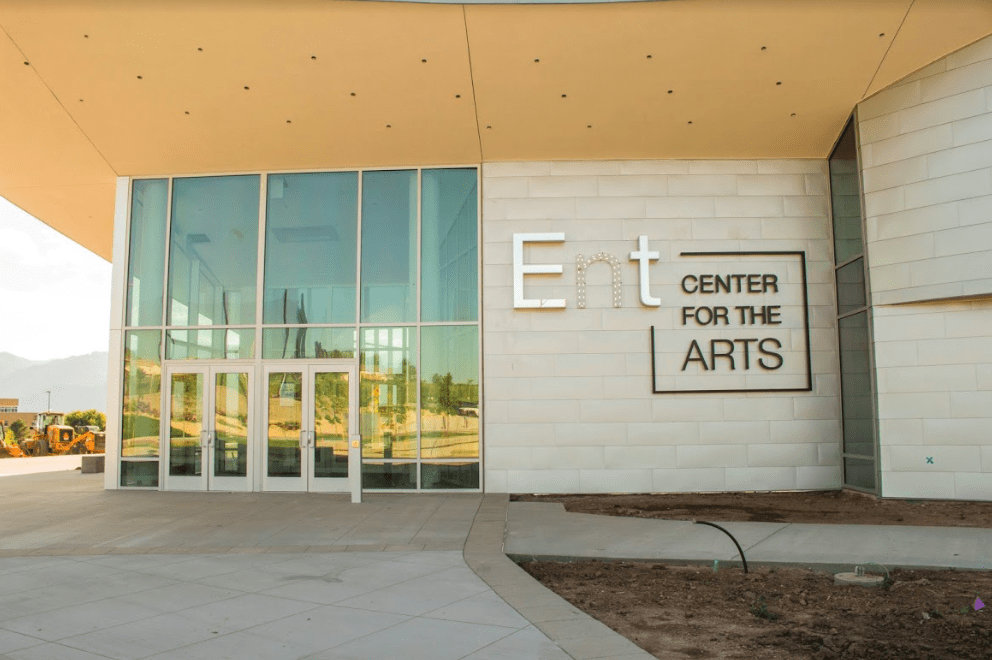 If you wanted to tour UCCS’ highly-anticipated new arts facility while it nears the end of construction, you might have just missed your chance.

The Ent Center for the Arts is preparing for their grand-opening in January 2018 and this means limited interaction with the student body as they wrap up construction.

The center will be home to students in the Visual and Performing Arts Department and will house the center’s five performance venues are on track to open Feb. 3, 2018 and will become available to students and patrons alike.

“The advantage of the new space is that it has a partially trapped floor and it’s even more flexible than our current space, so we can have bunch of different seating configurations,” Winchell according to Michelle Winchell, external relations manager for TheatreWorks.

“It’s a really exciting upgrade for our ability to do productions.”

The 92,000 square-foot center, which cost $70 million to construct, according to Communique, will leave more space to be used by other departments in University Hall, where theater, dance and music classes, along with TheatreWorks, are currently located.

pathway all the way to the shuttle bus stop,” Reynolds said.

Inside of the building, the newly-built space in the Ent Center’s performance venues include the 300-seat Dusty Loo Bon Vivant Theater, where UCCS’ professional theater company will move into. TheatreWorks currently performs in University Hall in the theater with the same name.

The Osborne Studio Theater, which is to be the main performance venue by the student-run UCCS Theatre Company, will seat up to 130 people.

The Shockley-Zalabak Theater, the largest performance hall in the center, in will seat an audience of 780. The space is named after Chancellor Emerita Pamela Shockley-Zalabak, who retired in February. CU regent Kyle Hybl and his wife, Sally, raised $1.5 million for the theater in Shockley-Zalabak ‘s honor in April.

The Chapman Foundations Recital Hall will seat up to 252 patrons and is designed to be one of the highest quality acoustic spaces in the region.

“These two venues will be able to host a wide variety of performances,” according to Winchell.

“We will be bringing in a lot of guest musicians and dance companies,” she said. “Some really exciting state-of-the-art work will be coming.”

But the future of University Hall, which currently houses both the VAPA program and the College of Nursing and Health Sciences, has not yet been decided.

According to Garry Reynolds, associate vice chancellor for Campus Planning and Facilities Management, the Nursing Department will not be expanding to use the entire building.

“We are looking at some possibilities to see who can fit into the area where theater, music, and dance are moving out and how we can reuse the big open space where TheatreWorks used to be,” said Reynolds.

The opening of the center is highly anticipated by UCCS and the surrounding community, but some students are concerned over the new building’s impact on the availability of free parking in lot 576.

Reynolds insists UCCS students will still have access to free parking and the free shuttle to campus, though the location of free parking cannot be guaranteed for future years.

“We’ve actually added the number of parking spaces that were there previously, and it will be free parking for students for the time being,” he said.

Reynolds said that improvements have also been made to Lot 580, the space just north of Lot 576, and the lot will remain available to students for free parking.

“We worked with the city as part of their bicycle path system to provide a nice paved, bridged

Tickets are available at theatreworkscs.org for TheatreWorks’ first Ent Center production, “Oklahoma,” which opens Feb. 15. The Colorado Springs community can look forward to an exhibit by Manitou Springs artist Floyd Tunson, which is to open Feb. 1.