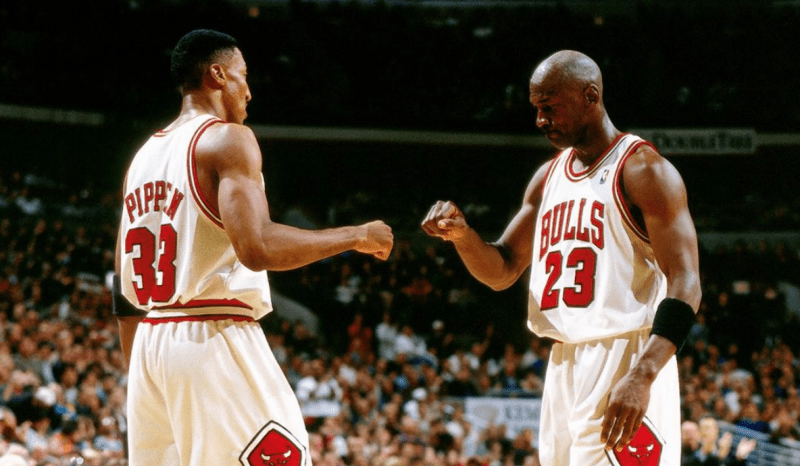 “The Last Dance” is a 10-episode documentary series about the Chicago Bulls’ 1997-1998 season—during which they won their sixth NBA title of the decade—and everything that led up to that, starting with the drafting of Michael Jordan in the 1984 NBA Draft. Two episodes are released every Sunday on ESPN. The show first aired on April 18, with the season finale expected on May 17.

The documentary has been a hit sensation, bringing in over a million viewers on its airing of the first two episodes. With all professional sports currently at a complete standstill, players in the NBA pushed for ESPN to release this documentary—previously slated to release next year—now, in order to give sports fans something new to watch.

Viewers have been granted an in-depth look at the Bulls’ 1997-1998 season after a film crew was granted exclusive access to follow the Bulls as they embarked on their journey to win three NBA titles in a row for the second time.

The documentary is titled “The Last Dance” because it was Phil Jackson’s last year as head coach of the Chicago Bulls. Jerry Krause, the Bulls’ general manager at the time, didn’t exactly see eye-to-eye with Jackson and wanted to replace him, regardless of the team’s success.

Players like Pippen and Rodman were beginning to reach the end of the road in their respective careers and Krause wanted to ensure the team had a smooth transition once the pair was gone. Jordan also said he wouldn’t play for any coach other than Jackson, so this was effectively Jordan’s final season playing for the Bulls and in the NBA entirely.

“Episode I” focuses on Jordan’s life up until the end of his college career, while “Episode II” focuses more on Jordan’s teammate Pippen and his life leading up to his time spent in the NBA.

“Episode II” also highlights the drama that ensued between the Bulls’ front office and Pippen during the 1997-1998 season. Pippen felt that he was underappreciated by the Bulls and wanted to be paid more, but general manager Krause refused. That created a fork in the road between Pippen and the Bulls and it only got worse as the season went on.

“Episode III” focuses on defensive stalwart and talented rebounder Rodman and his introduction to the team in 1995. This episode gives a more in-depth look at Rodman, whose intense and flamboyant attitude turned many people off. This episode, much like the previous two, talks about Rodman’s life growing up and his journey to the NBA.

“Episode IV” chronicles Phil Jackson’s path to coaching in the NBA and covers the 1990-1991 Bulls season as well, where the Bulls finally get over the hump and vanquish their bitter rivals, the Detroit Pistons, who earned the moniker “The Bad Boys” for their physical style of play.

As a result of the first hand accounts and interviews with notable players, viewers get the information straight from the source. This gives “The Last Dance” a raw and honest feeling, which differs from many former sports documentaries.

2020-05-18
Previous Post: Farewell, UCCS, but Please Be Better to Your Students
Next Post: Three students test positive for coronavirus after first week of classes