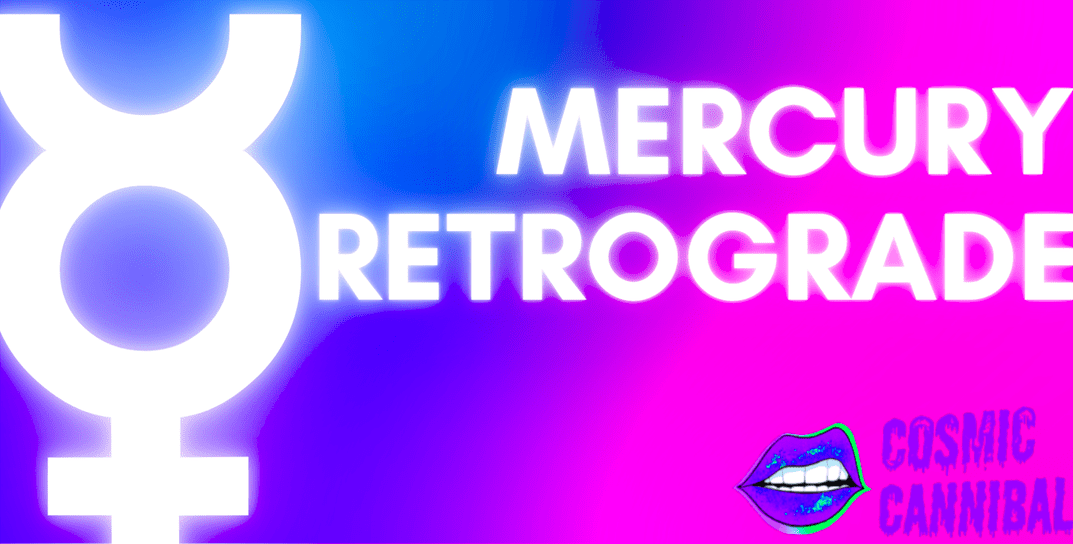 Hold on to your heads: Mercury is about to go retrograde

You’ve heard the term, I’m sure. It’s arguably one of the most loathsome transits in the history of astrological interpretation, a planetary motion that causes confusion, drama, communication disruptions and the sudden return of your ex (not to mention the reminder of their terrible texting skills).

Why should you care about this transit? It’s simple. As the planet of the mind, Mercury rules all functions and aspects of mental activity and the gathering and relaying of information. In plain English, that means Mercury presides over thought, speech, learning, texting, phone calls, emails, the internet, technology, the media and other day-to-day correspondences that fall under the big umbrella of communication.

Aquarius is the sign of genius, originality, progress and curiosity; it rules over widespread communication (think: internet, social media, cell phones). In Aquarius, Mercury functions at a high level. We can easily make both mental and interpersonal connections, communicate our ideas en mass and think in new and creative ways.

That’s great, right? Yep. Except when the planet is in retrograde in the fixed sign.

Mercury Retrograde, sometimes referred to as Mercury RX, means the planet appears to move backward in relation to the earth. You’ll also notice that this causes a disruption in the daily functions of Mercury’s influence and energy. In other words, all those aforementioned spheres of communication aren’t going to run as smoothly as they have been. And the ingenious creative ideas and mental connections you’ve been making will be on the fritz.

In 2021, Mercury will be retrograde in the three air signs: Aquarius, Gemini and Libra. Astrological air corresponds to the realm of thought, self-expression, ideas, connections and — you guessed it — communication. Since Mercury is an “airy” planet (it rules the chatty sign of Gemini) and Aquarius is an air sign associated with widespread communication, Mercury Retrograde in Aquarius will see us rethinking the ways in which we communicate our thoughts, while also disrupting our relationships, technology and our day-to-day.

Though your ideas may be marvelous, they’re also going to feel ungrounded, or like you can’t quite communicate them the way you see them in your head. Plans with other people will be up in the air. That ex of yours will suddenly text you and see if you want to hang out. You won’t be as certain of your partner’s feelings as you once were (or vice versa). On occasion, you will feel like an airhead because you thought your class started at 11:00 a.m., when it really starts at 10:50 a.m., and it doesn’t matter anyway because you forgot to set an alarm; things like this are par for the course during Mercury RX.

On the technological side, expect glitches and malfunctions with the following areas of life: Wi-Fi connections, camera/microphone functions, texts, emails, Canvas, Zoom meetings, Teams meetings … and that’s just off the top of my head.

It’s also unwise to start anything new or sign new agreements during Mercury Retrograde, because the planet also rules over contracts and connections. So, if a project is launched when the planet is in retrograde — be it a lease, new job or relationship — the project will be imbibed with Mercury RX’s glitchy, back-and-forth energy!

Here’s a little anecdote to put Mercury RX into perspective: I was once at a book launch party. It was the first day of Mercury Retrograde, and, surprisingly, everything about the party was going smoothly (I say surprisingly because Mercury also rules scheduled events). It wasn’t until about five minutes before the party was scheduled to begin that my crew and I realized the microphone and sound system, which we were to use to present readings from the book, didn’t work, at all. We ended up having to basically yell at the audience. It sounds hilarious, sure, but at the same time, it was awful.

The general rule of thumb for getting through Mercury Retrograde is to practice the three R’s: review, reconsider and revise.

Double check that your emails are addressed to the correct people. Ensure that the homework assignment you’re uploading onto Canvas is actually your homework and not a love letter to your sweetheart. Don’t text your ex back, unless it’s to inform them that you don’t want to hear from them. And make sure your cameras and/or microphones are turned off during virtual class meetings — otherwise, your philosophy class might see you playing Animal Crossing in your skivvies.

Feel better about Mercury Retrograde in Aquarius? You should! And if you don’t, you can always email me your Mercury RX woes (or horror stories) for a chance to have them featured!