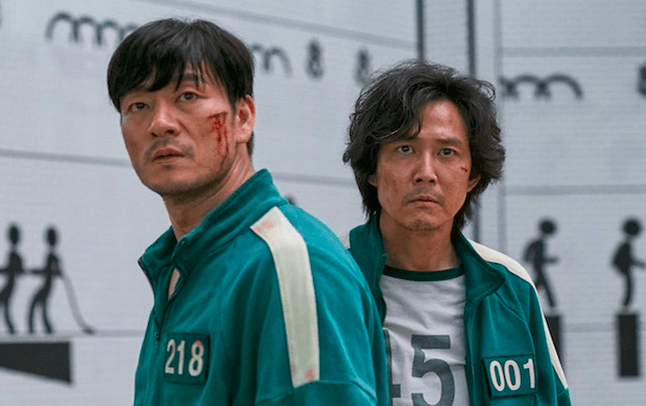 “Squid Game” is Netflix’s latest hit original show that the entire world is buzzing over. The plot involves six modified childhood Korean games and 456 debt-riddled competitors all competing to win millions of dollars — if they can stay alive to the end of the sixth game.

The South Korean survival drama premiered on Sept. 17 with nine episodes and began trending as the number one show in dozens of countries. Additionally, #squidgame has already gained an impressive 33.4 billion views on TikTok.

But is this show really worth all the hype it is receiving? In under a month since its release, can we call this the best show on Netflix?

For one thing, creator and director Hwang Dong-hyuk has an acute understanding of how to engage his audience and create emotional connections to his characters. In Episode 6, “Gganbu,” I found myself openly weeping over the choices characters had to make in order to survive the game.

Hwang knows exactly how to write a riveting tale. Many people, including myself, found themselves watching Episode 1, and then suddenly hours had passed and they were watching the finale. I’m already on my third viewing of Season 1.

The pacing is well done, though I felt the first and second foundational episodes were a bit slower than I would have liked. There is also an out of pocket sex scene between two players that didn’t seem necessary to the plot, which lowered my rating to 4 stars.

Additionally, the drama has been criticized as being far too simplistic in their games, in contrast to “Alice in Borderland” whose characters must rely heavily on strategy and skill to complete their tasks. It’s nice to see more average people working to survive each episode. I’m not a mathematical genius and neither is the protagonist Seong Gi-Hun, played by Lee Jung-Jae. Watching him struggle through the games is more relatable because of this.

Hwang said in an article from Variety that he originally made the games a bit more complicated but later simplified them to avoid any potential miscommunications due to the language barrier.

It’s worth mentioning that Lee’s acting, along with his co-stars’, is absolutely incredible. You feel every emotion that he does, as if you were right there with him. As the main character, you want to root for them, or at least feel that they are redeemable/interesting. Seong isn’t the best at being a father or son, or at saving money, but he is a genuinely wholesome character that captured my heart from the first episode.

It also doesn’t hurt that many of the actors and actresses are good-looking.

The show is not at all something I would recommend to my grandparents due to the violence and mature themes. Bear in mind, there are copious amounts of violence, swearing and intense scenes as one would expect from a game with deadly penalties. For reference, if “The Hunger Games” was a four on the scale of disturbing, then “Squid Game” would be at least a nine.

However, I genuinely think that this is more than a story about people down on their luck being killed to potentially win the game and return home with 45.6 billion won, equivalent to 38 million U.S. dollars.

If you enjoy commentary on corruption in society, power dynamics and realistic characters with the capacity for great evil or good, then you will likely enjoy this show.

“Squid Game” is also an enormous milestone for K-dramas and Asian representation in media. Hwang actually came up with the concept in 2009 but was refused for over a decade because studios thought it was too bizarre and grotesque — that was until his script garnered Netflix’s attention in 2018.

I cannot wait for Season 2, which is rumored to be ready by the second half of 2022. Will you be watching?

2021-10-14
Previous Post: OPINION: Watching your parents get divorced as an adult is weird
Next Post: UCCS Volleyball falls to 4-11 after facing CSUP and Regis