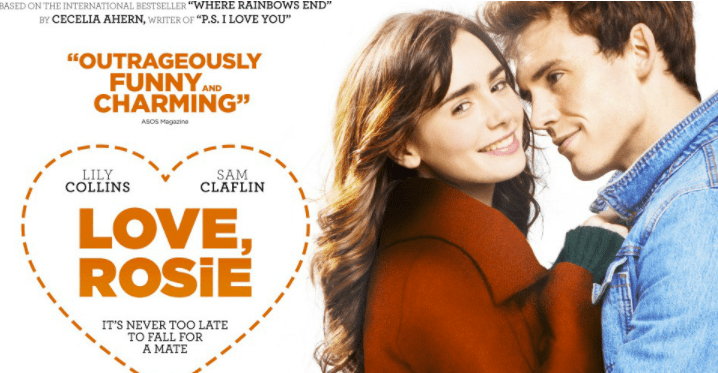 By: Luci Schwarz
In: Life on the Bluffs

Somehow, we have found ourselves in the month of February once again and that means romance is in the air. COVID-19, however, is also in the air and has left us locked in our rooms and shuttered away. But fear not! Though Valentine’s Day may be over, you can still keep the magic alive with your Valentine this week through the art of film.

Today I bring you my top picks for three romance movies that are guaranteed to make you cry. These movies are all, in my opinion, well worth the watch and should be talked about just as much as classics such as “The Notebook” or “Titanic.”

The films will be followed by an “number of tissues needed” question to help best determine which, if not all, you should watch.

This film is based on author John Green’s popular novel of the same title and was all the rage for young adults from 2012-2014. My middle school self would be positively thrilled that I’m recognizing it seven years later.

If you love tragedy with just a teaspoon of serotonin, this one’s for you!

“The Fault in Our Stars” introduces us to Hazel Lancaster (Shailene Woodley), a teenage girl battling Stage Four Thyroid Cancer. She’s a cynical, introverted bookworm and spends most of her time at the doctor’s office or watching “America’s Next Top Model.”

However, when her parents encourage her to attend a support group for patients like her, she meets Augustus Waters (Ansel Elgort), a charismatic, kind and selfless 16-year-old with a fear of oblivion.

Like Hazel, he also battled cancer, though is said to be cured.

The two are immediately drawn to one another on their first encounter and they become each other’s best friends in just a matter of days.

One of the aspects that bonds them the most is their love for a book called “An Imperial Affliction.” Their shared passion for this novel takes them on a trip to Europe, and the adventures can only be described as a back and forth of the following: sweet, horrible, lovely and awfully heartbreaking.

This movie is strongly recommended for the people who believe in second chances. “Stuck In Love” tells the tale of a family of writers, each experiencing differing forms of love over the course of a single year.

A father (Greg Kinnear) struggles with his feelings for his ex-wife that left him for another man, while their son (Nat Wolff) finds himself infatuated with a girl from his class but is too shy to speak to her. The daughter (Lily Collins) prefers one night stands to keep herself distanced from love but finds that task rather hard when she meets a sweet young man, Lou (Logan Lerman), who asks her to a cup of coffee.

“I could hear my heart beating. I could hear everyone’s heart. I could hear the human noise we sat there making, not one of us moving, not even when the room went dark.”

Number of tissues you’ll need? Three for every individual love story and another undetermined amount for Lou’s character alone.

I cannot warn you enough of the emotions this movie will bring. Based on the tear-jerking novel of the same name by Cecelia Ahern, “Love, Rosie” starts in a wholesome manner with our protagonist Rosie (Lily Collins) and her best friend Alex (Sam Clafflin) taking on the world from elementary to high school together in England.

The two close friends hope to attend university in the U.S. together. However, the story takes quite an unexpected twist here after Rosie finds herself pregnant as a teenager. Added to the mixture is the confusion of the romantic feelings that Rosie and Alex have for one another, but neither can ever get the timing right over the ensuing years.

The two begin their own lives, Rosie giving up on her dream to own a hotel in order to care for her child, and Alex pursuing a career in the U.S. Will they give up on one another? Will the timing ever match up? This film will leave you guessing and screaming at your television.

Number of tissues needed? At least one for every time Rosie suffers in this film.

2021-02-19
Previous Post: Your 2021 Pisces Season survival guide
Next Post: OPINION: Why I refuse to teach even though my degree is in secondary education