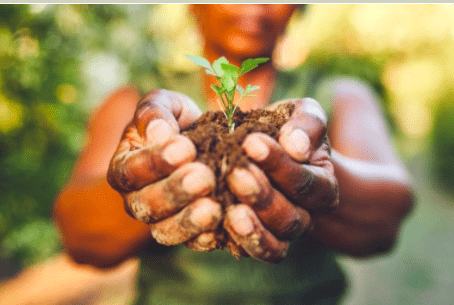 ‘Kiss the Ground’ is a must-watch for environmental advocates

Are you feeling a bit down about the pandemic, election and the impending end of the world as we know it due to climate change?

I cannot help you much with the first two categories, but I can suggest a film to help uplift you and give you hope about Earth’s future. And hey, even if you would rather stay away from anything that might upset you a bit — such as the realities of Earth and where she is heading — watch it anyways. You owe it to her.

Narrated by Woody Harrelson and starring conservationists and farmers, “Kiss the Ground” is an intriguing documentary that was released in April. It is groundbreaking as it explores how farming — breaking and planting the earth — has impacted the planet for the worse.

The film explains how many former civilizations, such as Egypt, have been turned to desert due to the farming practices they used. This event is called desertification, and it is what also led to the Great Dust Bowl the U.S. experienced in the 1930s. Desertification also leads to an increase in carbon dioxide in the atmosphere.

“Kiss the Ground” offers a feasible alternative that works. The proof is in the land that has been rejuvenated, and the documentary shows astonishing before, during and after footage of the process.

While the farming techniques used in the film are new and have not been widespread or widely accepted yet, learning about them made me want to spread the news that there is hope for the planet.

If we take a stand and support farmers that use renewable energy sources and care properly for the land, we can make a huge change and push more farms to seek out earth-friendly solutions.

The soil, when taken care of, takes care of us. It not only rejuvenates us, but it rejuvenates itself and it helps the climate regulate itself. The documentary encourages viewers to see the soil as a living, breathing substance that feeds us, and it asks us to love her, Earth and the soil in return.

“Kiss the Ground” is available on Netflix.