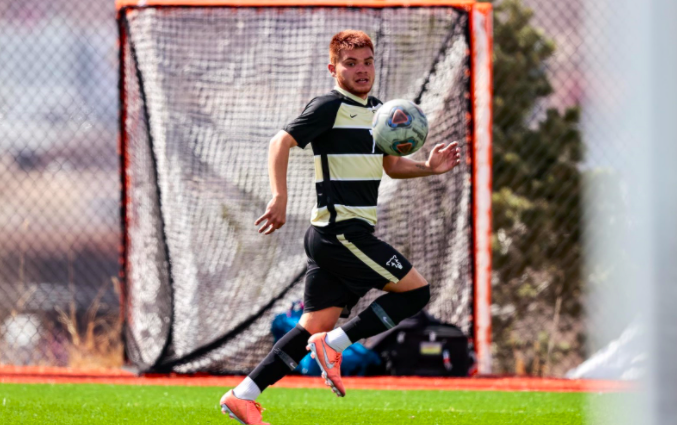 Zertuche’s injury marks his third torn ACL in his career at UCCS, with a pair of similar leg injuries in 2018 and 2019.

The caption of a post dedicated to Zertuche from the men’s soccer Instagram page reads, “We are grateful for Jose’s leadership and passion for the game. His commitment to the program, despite an incredible amount of adversity, has been inspirational.”

“We will miss you on the pitch but look forward to the many successes that are ahead for you. Maybe on the sidelines.”

On his own personal Instagram, Zertuche thanked the program for supporting him and thanked his fans for sticking with him. “I want to thank [Coach] Lewis and the UCCS men’s soccer program for everything they have provided me with,” he wrote.

“I wouldn’t have traded this experience for anything, I have made some of the best friends both on and off the field that I will forever cherish,” Zertuche said. “As sad as this is for me, I know I have the support of my brothers and most of all, God.”

Zertuche played over 400 minutes for the Mountain Lions in his stint at midfield, appearing in seven total matches and starting in five. In the shortened six match 2020 season, Zertuche was in every single one of UCCS’ matches.