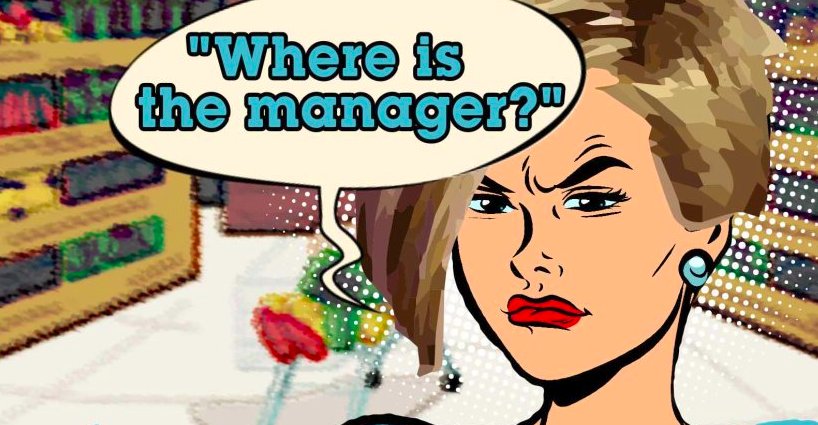 OPINION: Beware, the “Karens” are coming!

By: Brianna Beassie
In: Opinions

Just when we all thought it was safe to live our lives undisturbed going into this summer, the notorious “Karens” have returned with a vengeance.

As the seasons change, the weather gets warmer, and more COVID-19 vaccines are being distributed throughout the United States, so-called “Karens” and “Chads” are making their presence known to all once again.

I am sure that by now, we all know what a “Karen” or a “Chad” is. These generic names are bestowed upon individuals who usually fit under a few stereotypical criteria: Middle aged, loud-mouthed people (usually white) who can’t or won’t mind their own business and/or only care about themselves.

After personally encountering a few Karens and Chads in the last month or so, I decided that I would do more research (via YouTube and TikTok compilations) concerning the phenomenon. Admittedly, an occasional video pops up where I would have to say that the “Karen” may be justified, but 99% of the time, I am rooting for the other person.

Upon watching more Karen and Chad breakdowns than I care to admit, I have found the three most common types you should keep an eye out for right now, especially with the summer months approaching.

One of the more prominent species of Karens and Chads are the notorious anti-maskers and anti-vaxxers. These are the men and women who believe that wearing a mask for 15 minutes in the grocery store is a violation of their human rights. Meanwhile, anti-vaxxers tend to believe conspiracy theories, such as vaccines that “cause disabilities in children” or serve as “the government’s way of tracking or harming everyday citizens.”

I would argue that these people are purely selfish. They don’t care for the people around them and always put their needs or desires before anyone else’s, even their own children, while claiming the rest of us are crazy.

No, Karen. I’m going to vaccinate my future children because I am more concerned about them catching a preventable virus like Hepatitis than I am about your opinion. While I communicate with my child over the phone, you may end up talking to your kid through a Ouija board. (I certainly would not wish for that to happen, but do you see my point?)

Another common species of Karen and Chad are the not-racist racists. Sounds like a paradox, right? These are the ill-mannered individuals who look at a person of color and automatically blame all of their problems on them. They’re the ones who say stuff like, “People like you don’t live in this neighborhood,” “Go back to where you came from” and “You live in America, speak English.” When confronted about their obviously racist statements or implications, they start screaming or crying that they’re “not racist! Some of my friends are ___.” This is not an excuse.

The next type of Karen or Chad that I want to shed light on is the typical “I want to speak to your manager…” species. I cannot count how many times I have dealt with these people over the last three years alone. In fact, I have a few stories to demonstrate my point.

I used to work at a local food-chain. One day during my shift, a lady threw a hot coffee (that wasn’t hers) across the counter at me because there were only two of us working and she was running late for something. I apologized and explained that she would have to wait in line like everyone else, so she demanded to speak to my manager. Unfortunately, my manager was not in and there was no way of contacting her until the next day. This was not the answer the lady was looking for, as shown by the mess she made.

I had another Karen encounter at a store last month, when a woman asked me where a certain item was located, I politely explained that I was a shopper just like her and I was not sure. Then she demanded to speak to my manager. Again, I did not work at this store, and I never had. I explained this to her again and she stormed away, muttering about “finding the manager” to get me fired. Yeah, good luck with that sweetie…

The sad truth is this is just the tip of the Karen/Chad iceberg. Please remember that the best thing to do when encountering a Karen or Chad is to walk away or refuse to engage. But if you ever find yourself unable to escape their path, I highly recommend that you proceed with caution, and if you need evidence of their behavior, remember to whip out your camera to record their idiocy.