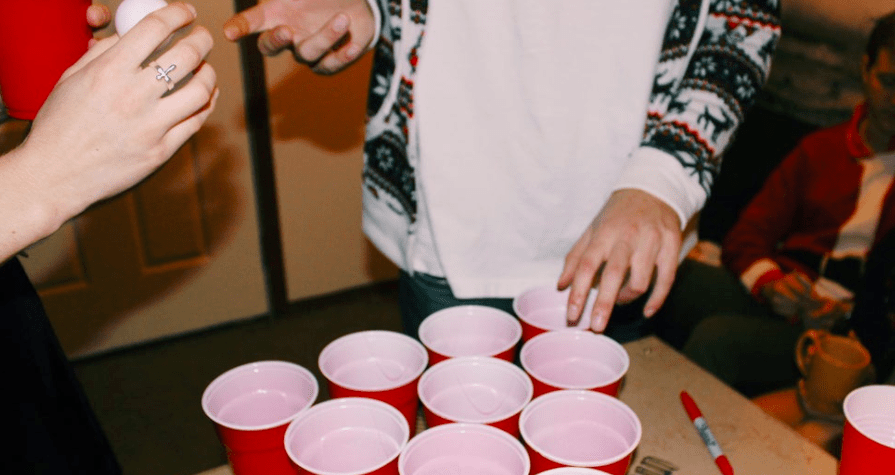 My freshman year of college at UCCS, I was roofied by a fraternity brother who I thought was my friend. He put the drug in my water at a Friendsgiving dinner. That next morning, I woke up in my dorm stairwell, where I blacked out and had spent the night.

Since my freshman year, I have wanted to write this article, because there is nothing more problematic or threatening to progression than fraternity culture. It is the epitome of patriarchy, and it needs to end.

Frat culture is absolutely disgusting. Are all men in frats bad people? No. But the culture that is perpetuated through this establishment — toxic, hegemonic masculinity, binge drinking, violence, hazing, etc. — create a space for men to victimize women and each other and get away with it with no repercussions due to insurmountable privilege.

Brothers-only parties? These are parties where only women can get in, and only “brothers” get to prey on them, forcing them to drink absurd amounts of alcohol and then take advantage of them.

Or even worse, the ratio of guys to girls in order to get into a party? 5 girls to 1 guy is the most common one I’ve heard. It might depend on how ‘hot’ the girls are though. How is this still OK?

I can understand wanting to make friends, have a supportive community and volunteer at times. However, the fact that these fraternities mask their hideous, atrocious behavior at parties with volunteer events or meetings where they learn how to become “better men” is fucking monstrous. If you want to become a better person, then maybe you should stop throwing raging parties during a global pandemic.

The binary culture that is perpetuated through only allowing one “gender” to participate in the fraternity seems ridiculous in this day and age. It’s 2021, let’s be a little more inclusive, yeah?

Coming to college and getting hazed, only to turn around and haze more college freshmen, is hierarchically hideous. Instead, maybe consider going to therapy, focusing on your education or making some friends that you don’t have to pay for.

To me, the fraternity culture screams of sexual repression caused by toxic masculinity culture. Maybe if you were allowed to hug or show affection for your male friends when you were younger without being called “gay” or a “pussy,” you wouldn’t have to release this sexual repression by inflicting pain or putting other frat brothers in danger.

Not only is this sexual repression, but this is also emotional repression at its finest: it’s from growing up being told you are supposed to be a “tough, manly-man.”

I will never forget watching a video of a fraternity brother at Alabama University getting punched in the face and knocked out by other fraternity brothers. This violence is seriously concerning, and it only makes sense that it is encouraging rape culture, which is also violent, because there seems to be an animalistic, sadistic lack of control.

According to The New York Times, Virginia Commonwealth University suspended a fraternity after a freshman — Adam Oakes, 19, of Sterling, Virginia — was found dead over the weekend at an off-campus house where a family member said he had been blindfolded and given alcohol.

Also according to The New York Times, a 20-year-old sophomore at Bowling Green State University in Ohio died last Sunday evening, three days after attending what university officials called an off-campus fraternity event that was said to include “hazing activity involving alcohol consumption.”

Both of these deaths happened less than a month apart, both in 2021, and during a pandemic.

In a podcast from NPR called “Fraternity Culture and Racism,” Matthew Hughey, a sociologist at the University of Connecticut, said he sees the roots of such behavior in the very origins of fraternity life.

“We have the American higher educational system, which was designed to educate white, male, propertied, elite students. As more and more students started to come into university, and university started to become a little less elite, Greek letter organizations were formed. And they were formed as a way for those very elite, propertied, white, male students to create even more exclusionary spaces within college and university life. So, they became vehicles, in a way, for the reproduction of inequality. It was very much working in elite interest. That’s what it was designed to do. That’s how it functioned,” Hughey said.

Their rich, white fathers get them into a fraternity culture that they know deep down is doing ungodly things, yet they still want their sons to experience this. If this isn’t disturbing, I don’t know what is.

And no, it does not matter if there are a few Black people in your frat. It does not change the sweeping narrative of a culture that upholds racism and exclusion and puts the privileged white male on a pedestal.

You’ve had a good experience with being in a frat? Congrats. Your brothers support you? I don’t care. Open your eyes to the bigger picture. Drinking all day every day and shot-gunning beers during your “daygers” might be fun, but what would be even more fun is if you stopped protecting people you know are rapists. It seems like every woman I know and love has been raped, and most of the predators were fraternity brothers. This is not normal. We have to shift this culture and let frats be an concerning part of the past. This establishment is literally straight out of 1776.

CU Boulder fraternities are notorious for sexual assault and rape cases that seem to be hush-hushed, swept under the rug or played down to protect the rapists. According to BBC, “The college is on the White House’s list of schools suspected of Title IX violations – that’s a law guaranteeing that women in federally-funded universities won’t face discrimination due to their gender.

“More than 70 schools including CU-Boulder are accused of having improperly dealt with sexual assault cases and are now the target of a federal investigation.”

Though this statistic may have nothing to do with fraternity culture, there have already been three reported on-campus sexual assaults at UCCS during 2021 alone.

As a woman who has witnessed the alarming behavior of sexual assault and rape culture that is attached to fraternities all around our country, I cannot stay silent any longer.

According to an article by Medium, “Toxic masculinity is when traditional male gender roles such as aggression, misogyny, and homophobia produces a harmful effect socially. A part of this toxic behavior is hypermasculinity, which is the exaggeration of these male stereotypes. These types of masculinity are seen in fraternities. On multiple accounts fraternities have been in the media for being responsible for racism, homophobia, and sexism. These discriminatory views are introduced in the fraternity culture that socializes masculinity in a toxic manner.”

Also according to a study by Rita C. Seabrook, L. Monique Ward and Soraya Giaccardi, “Men who are in fraternities are more likely to have a sexually aggressive attitude towards women than men who are not members of a fraternity.”

This study also found that, “Men who are in a fraternity are three times more likely to commit sexual assault compared to men who are not in a fraternity. Members of fraternities are more likely to receive a lot of pressure from their fraternity brothers to participate in masculine norms. One way to participate in these norms is to have heterosexual sex. Fraternity members revealed that they can earn points by having sex with women, and the brothers compete who can get the most points. These points are assigned based on the women attractiveness. Objectifying women is seen as a game.

“The definition of masculinity in fraternities is rejecting anything that is feminine, having sex with only women, drinking a lot of alcohol, being tough, and having money. Compared to sorority members, fraternity members support gender stereotypes and gender roles a lot more. This relationship between fraternities and masculinity is directly associated with fraternities rather than Greek life in general.”

The statistics are alarming. In an article by The Guardian, “studies have found that men who join fraternities are three times more likely to rape, that women in sororities are 74 percent more likely to experience rape than other college women, and that one in five women will be sexually assaulted in four years away at school.”

I’m scared for women who are naïve to this reality; I know I was.

Will banning fraternities make some rich, white people mad? Maybe. Will it save thousands of women from being victimized, assaulted or raped? Most likely, yes. Perhaps ending fraternity culture or Greek Life altogether might not completely end toxic masculinity, hazing, racism, violence, rape or sexual assault, but it would most definitely be a monumental step toward a solution.

If you are in a fraternity, you should be embarrassed, and I wholeheartedly believe that. Maybe you disagree with me, but you cannot disagree with the facts, and quite frankly, the facts are appalling.

If we want progress, if we want women’s rights, equality and to end violence, frats need to go. Join the club baseball team or another on-campus club, go volunteer on your own, try to make friends on your own: Sigma Ka — I don’t give a fuck. You’re irrelevant and problematic. Get your frat out of my face and out of our universities.

2021-03-22
Previous Post: OPINION: States are reopening too quickly
Next Post: Minimalistic horror and ‘The Vigil:’ a refreshing look for the genre