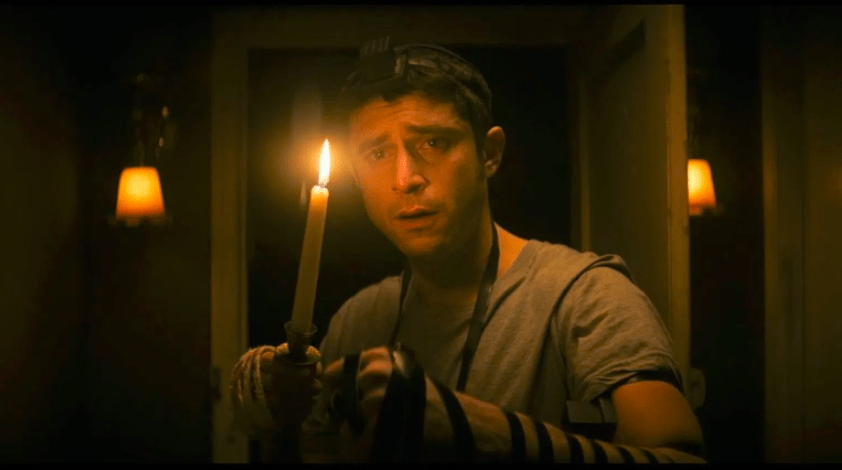 Minimalistic horror and ‘The Vigil:’ a refreshing look for the genre

It is Jewish tradition to have someone watch over the dead until they are buried. The person chosen to complete this task is called the shomer, a Jewish legal guardian entrusted with the care and custody of another’s object. In the case of death, the object is the dead person’s soul, which the shomer must protect.

Approached by Reb Shulem (Menashe Lustig), Yakov is reluctant, but strapped for cash, and ultimately accepts the job. Reb Shulem tells Yakov that it is only for five hours, and all Yakov must do is watch over the body of a deceased community member. It seems as if nothing much could go wrong.

And thus, “The Vigil” begins.

In the event of someone’s death, the shomer tends to be a family member or close friend. However, in the case that family and friends cannot be present, another shomer is hired to carry out the deed.

Yakov is the shomer-for-hire. Before he can begin his duties, Yakov is met with pleas by the widow Mrs. Litvak (Lynn Cohen), urging him to leave. Yakov’s financial vulnerability and duty to Reb Shulem are enough to ignore Mrs. Litvak and stay.

Yakov’s vulnerability is fed off of by a Mazzik, a malicious demon in Jewish folklore that feeds off of grief and guilt. It becomes evident that the Mazzik tortured the deceased, Mr. Litvak, for decades. The Mazzik’s new goal is to latch onto Yakov, who is available to be a new host.

Yakov also has grief and guilt related to an anti-Semitic hate crime that resulted in the death of his younger brother and Yakov’s departure from the Hasidic Jewish community.

The Mazzik is able to torment Yakov with disturbing hallucinations and nightmares related to this trauma, reopening many wounds that cause Yakov to question his sanity. In comparison, Yakov learns that Mr. Litvak’s grief and guilt were due to him and his wife being Holocaust survivors.

The minimalistic horror is paired nicely with these themes of anti-Semitism and generational trauma, making the movie all the more relevant. It ties together the all-too-real horror of anti-Semitism alongside director Keith Thomas’ execution of psychological fear.

The new take on Hasidic horror is refreshing, and the portrayal of the Jewish customs, religion and culture is as authentic as a horror movie can be.

Filmed among Brooklyn’s ultra-orthodox Jewish community in Borough Park, the breadcrumbs and acknowledgments of Jewish culture are highlighted by the inclusion of an all Jewish-American cast — a small but monumental feat in the horror genre.

The directorial debut from Thomas makes a point to produce all the terror from a minimalistic setup, relying on the shadows we see in the dark and the movements that startle our peripheral vision. This attention to detail given by the production team of “The Vigil” makes watching the film intriguing for both Jewish and non-Jewish audiences.

Thomas’ only downfall is the misstep he takes from the simple formula of horror established at the beginning of the film.

The blink-and-you’ll-miss-it flinch of the dead body is much more terror-inducing than some of the chaos that follows, and the resolution is everything but satisfying (shush…no spoilers).

“The Vigil” is a film that has joined the impressive lineup of religious horror such as “The Exorcist” and “The Conjuring.” It is also a hopeful tease of the emergence of Jewish horror as a fascinating subgenre and serves as an impressive directorial debut by Thomas.

“The Vigil” is now playing in theaters and is available to rent or buy on streaming services like Prime Video and YouTube.