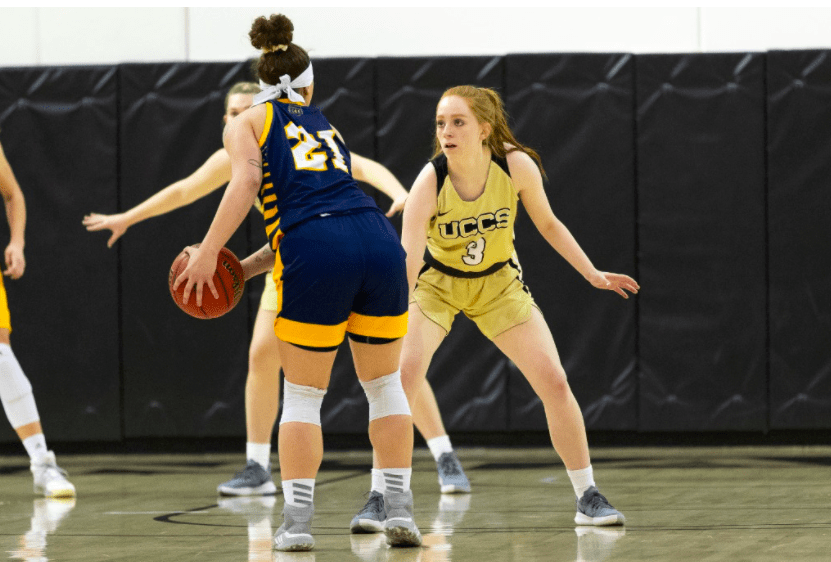 By: Kaylan Hardin
In: Sports & Recreation

The UCCS Women’s Basketball team ended the season with a 5-12 record.

Lynn Plett, head coach of five years, reflected on the season, including the impacts COVID-19 had on it and shared his hopes for the future.

The season began later than usual due to COVID-19 restrictions. “Due to the uncertainties of the Covid related restrictions in the fall the beginning of our season was delayed beginning practices in late October,” Plett said.

Instead of having full team practices, players trained in smaller groups, as the number of individuals allowed in the gym was limited. “We weren’t able to start regular practices with the whole team for some time,” Plett said.

In addition, the players had the choice not to play this season if they did not feel comfortable with COVID-19 restrictions or exposure risk. This made for a smaller team than usual.

After getting those players who did wish to return, the team was set for their first scheduled game on Nov. 5, 2020, which was then postponed.

“Due to a number of quarantines we had to cancel or postpone 10 games which we had scheduled during November and December,” Plett said. “Our first two games that we played were on December 18th and 19th after just two days of practice prior to those games, due again to a quarantine.”

After these games, the team had winter break. “When we returned from Christmas break on December 27th we were able to practice for a few days before our scheduled games on January 4 and 5,” Plett said. “We played the game on January 4th, but our next two games were canceled due again to quarantine.”

After rescheduling, their next game was not until Jan. 16, making for only two days of practice.

From that point forward, the team played three games a week with only one practice between each game.

The Mountain Lions took on the South Dakota Hardrockers in their most recent game on Feb. 26, winning 57-50.

Regarding next season’s team composition, Plett said, “We will be very young next season with mostly Freshmen and Sophomores returning. There will be a large number of new players on our roster next season.”

Plett said that he hoped this would serve as “kind of a fresh start after a very trying Covid season, with an optimistic and young group of players. Some of our younger returning players showed a great deal of promise and potential for the future and hopefully we can add some quality new players to be more competitive within the RMAC.”

The women’s basketball team did not qualify for postseason playoffs.

2021-03-22
Previous Post: Minimalistic horror and ‘The Vigil:’ a refreshing look for the genre
Next Post: Salon Series talk: how can Confucian ritual aid moral education?