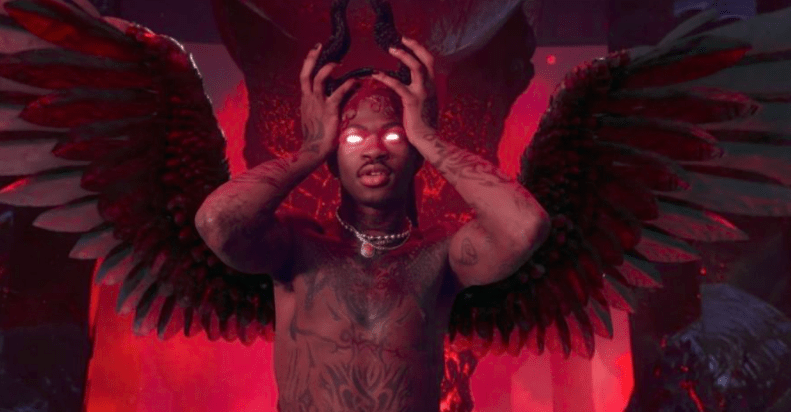 OPINION: Lil Nas X is controversial because we asked him to be

Blasting his way through news sources and social media platforms, Lil Nas X has shifted the Earth. With the release of his “MONTERO (Call Me By Your Name)” music video on YouTube, the Christian tectonic plates have been moved and there is an earthquake rumbling beneath our feet.

However, this has been building up for years in the LGBTQ+ community, not just Lil Nas X. They have been ridiculed and told they are going to hell for decades upon decades. Now, evangelical Christians and other religious groups are upset, but why?

If you poke a bear enough times eventually it will get mad, but you cannot be upset when it scratches your face. This is the same type of scenario. Religious groups have been telling the LGBTQ+ community that they are sinners and going to hell to spend the rest of their afterlives in damnation, but when Lil Nas X sent himself down the pole, the chimes from “heaven” rang loud.

In terms of being controversial, all he did was do exactly what the far-right media had been telling him this whole time, except unlike other artists, he took those comments and created an entire masterpiece. The idea that he goes down a stripper pole and then lands on Satan, not only combines the ideas of “other sinners” in the terms of religion, but it also shows that there is no remorse.

Lil Nas X is not sorry for who he is, and if that means that he will go to hell at the end of it all, then so be it. He lands on Satan to prove the point that he is right where he belongs in the idea of religion. Yet the religious right is upset that he is there and showing hell, even though this whole time that is where they have been telling him to go.

He is doing exactly what has been instilled in him by religious groups, so why is he getting ridiculed once more? Other artists have portrayed themselves as the devil himself, but no one has chirped a word. Is it because Lil Nas X is a proud queer Black man, or is it because he did it in a way that directly taunted alt-right religious groups?

To establish his dominance over the comments and the hate, he created a world that was both bright and dark at the same time, just like the world we live in now. By the end he did become Satan, because he is the ruler of his own life and, therefore, should be the ruler of his afterlife.

The controversy that was stirred up when this video was released should not have come as a shock. When you are constantly asking someone to not be who they are and telling them that they are going to hell, if they choose to be themselves, you’d better be ready for all hell to break loose.