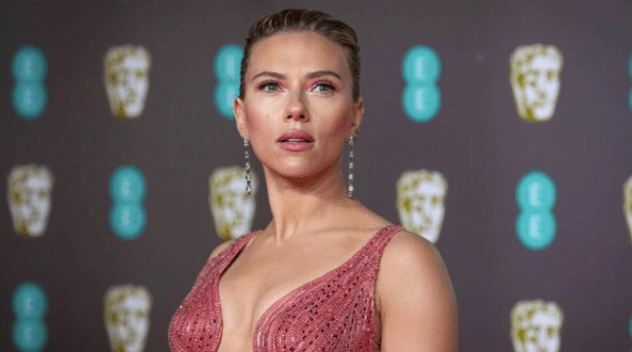 OPINION: Scarlett Johansson is the blueprint for 2021 women’s rights

Disney has almost monopolized the entire television district in terms of how they choose to distribute their works. From the very beginning, controversy has been stirred up by Disney, but now with their new streaming service, issues like sexism are boiling to the surface.

According to USA Today, Scarlett Johansson announced that she will be suing the company for a contract breach. According to her contract, new movie, “Black Widow,” was supposed to be released exclusively in theaters, but as a result of the pandemic, the company decided to release it on steaming service Disney+ simultaneously.

This decision cost Johansson a lot of money — approximately $50 million, according to the Wall Street Journal.

Women have a long history of been taken advantage of in all aspects of life, but when it comes to work, women are almost always put on the back burner or completely forgotten about. This does not have anything to do with what profession women are in because it happens in all walks of life.

Some women do not speak publicly about issues with work because they are worried about losing their jobs.

However, Johansson was the highest paid female actress in 2019, grossing about $165 million, according to CNBC; therefore, she will do what she pleases.

Blueprints are being written up right now for how we treat women in the industry, and the immense change that will come after will be empowering for all marginalized communities. Johansson is taking charge of a situation that might seem too big to handle, but what these massive companies want you to believe is that you are incapable of fighting them and their lawyers. This time, that script will be flipped.

Women are not going to sit back and let the world walk over them anymore. We are creatures of the great divine and should not be seen as anything less. Johansson, with her passion and grit, will change the course of history and how women are viewed in the workplace.

According to USA Today, Disney announced that the lawsuit will be settled behind closed doors. Is this a way to keep people from speaking up about other internal issues?

With Johansson’s announcement that she will be suing Disney, Emma Stone has also considered taking legal action with the company, stated Screen Rant.

With the advancement and head-on charge against Disney, some people in the industry have spoken up in support of Johansson. Kevin Fiege, the owner of Marvel, said he is “angry and frustrated” about Disney’s lack of respect toward Johansson.

There should be more light shed on this topic, because women should not be seen as complaining or ungrateful when their work is undercut. They are angry and have every right to be. Johansson was robbed and, therefore, should be reimbursed by the company. Legal documents are taken seriously in every other profession, but when one of the largest television companies deals with their employee’s concerns, they try to sweep it under the rug.

That behavior and lack of respect for women, in the workplace and in general, is coming to a screeching halt. It will take a lot of effort both from the legal side as well as the activist side. This is not the end but rather the quaking and rumbling of the new era of women in television.

2021-08-27
Previous Post: UCCS students have new appreciation for in-person learning
Next Post: Five words and phrases no one wants to hear after the pandemic