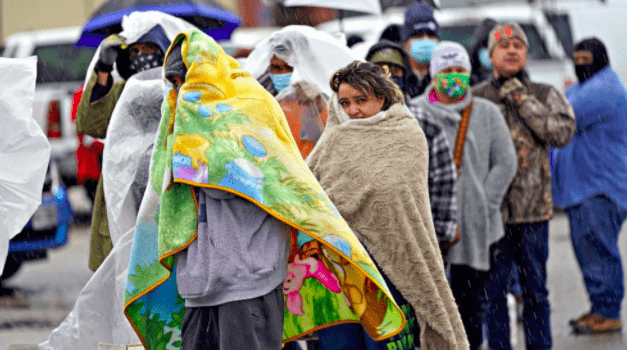 OPINION: What went wrong in Texas, how Coloradans can help

Between Feb. 13-17, a winter storm ravaged the majority of the United States and some parts of Canada and Mexico.

Out of all of the areas that were affected by the storm, the state of Texas was the most negatively impacted. During the storm, the Texas power grid completely failed. Millions of Texans were without electricity and water.

Several deaths have been reported as a result of the power outages. One of these deaths being an 11-year-old boy who died of hypothermia.

Texans are also without clean water, and grocery stores are running low on supplies.

I grew up in Texas. Although snowstorms are common in the northern part of the state where I am from, never before has the entire state of Texas been covered in a blanket of snow and ice.

In 2011, a winter storm hit Dallas and caused blackouts throughout the city. At the time, hospitals were without power.

You would think that after what happened 10 years ago, the Electric Reliability Council of Texas (ERCOT) would make an effort to ensure that this would never happen again.

However, in 2011 ERCOT chose to ignore recommendations from the Federal Energy Regulatory Commission and the North American Electric Reliability Corporation to winterize its power grid.

Texas is the only state with an independent power grid separate from the rest of the United States. Therefore, Texas is not legally required to follow federal regulations when it comes to its power grid.

Instead of owning up to their mistakes and searching for solutions, Texas politicians decided to point fingers and turn one of Texas’ worst tragedies into a politicized issue.

Sen. Ted Cruz decided to take a vacation to Mexico while residents of his state were struggling to stay alive.

Cruz later returned to Texas and apologized, although the damage to his already-poor reputation had been done.

To quote one of my friends, “There are two kinds of people in the world: people who hate Ted Cruz and Ted Cruz.”

Joking aside, Texas politicians’ reactions to this catastrophe were disappointing, but not surprising.

Although the Biden administration has sent aid to Texas, Texans are still in need.

If you would like to help out with the crisis in Texas, below are a few charities you can donate to. Even if you cannot donate a lot, every little bit helps.

Charities that provide food and housing:

2021-02-27
Previous Post: OPINION: Why DoorDash is not worth your time or money
Next Post: Britney Spears documentary exposes misogyny, mistreatment of women