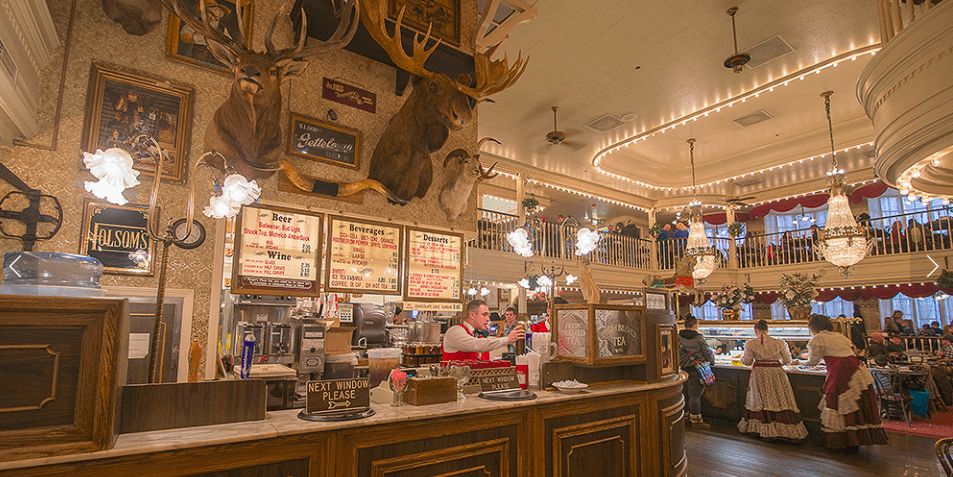 By: Isaac Werner
In: Culture, You See CS

Since the implementation of COVID-19 restrictions in the state of Colorado, small and independent businesses have suffered losses and closures. The inability to serve at full capacity, meet sales goals and pay workers puts a strain on small Colorado businesses. These businesses are faced with a decision — to stay open or close indefinitely.

As of December 2020, Fargo’s Pizza in Colorado Springs announced that they would be shutting their doors temporarily but were unsure of a reopening date.

The restaurant has been a staple of the Colorado Springs community for 50 years, first opening its doors in December 1973. Founders Leon and Landon Gardner built the pizza place on the foundations of an interesting and captivating historical legend: the story of Fargo and Sophia.

The story began with a mountain man by the name of Fargo, who journeyed through mountain towns in the 19th century when he met Sophia, an Italian immigrant. They fell in love but had no means of support, until Sophia discovered old family recipes that could introduce Italian cuisine and culture to the Rocky Mountains.

This historical legend is part of what drew many Colorado Springs residents to its doors when it was open.

Overlooking the main floor of the restaurant were wax figures of Fargo and Sophia, sitting at a balcony table, supposedly enjoying their own meals.

And the wax figures were not the only ode to the West — historic memorabilia and architecture could be found throughout the establishment. One hundred and twenty stained glass pieces of art as well as authentic artifacts were purchased by Fargo’s Pizza from the Denver and Front Range area. Even the worker uniforms and events paid ohmage to the story of Fargo and Sophia.

Many Colorado Springs residents considered Fargo’s Pizza to be a staple of the city’s culture, and the restaurant boasted the ability to draw in many out-of-state tourists to enjoy some of their signature dishes.

However, when El Paso County moved to Level Red: Severe Risk for COVID-19 in November, Fargo’s Pizza was severely affected.

According to the Colorado Department of Public Health and Environment, Level Red restrictions do not allow restaurants to have indoor seating and state that they can only operate using curbside and takeout orders.

The uncertainty and economic turmoil hitting many businesses across the state finally landed on the Colorado Springs gem.

Support is still being shown on the restaurant’s Facebook page where Fargo’s Pizza gives monthly updates.

The latest post is dated Jan. 2, answering the question of a possibility of reopening as El Paso County moved back to Level Orange: High Risk in January.

“We have had a lot of questions about opening on Monday when we move to level orange. The answer is no, we will not be opening as of yet. Thank you all for your continuing support and we hope to see you soon,” the post stated.

Darryl Glenn, former El Paso County commissioner and U.S. Senate nominee, stated that he was “personally committed to getting Fargo’s and all other restaurants across the state open as soon as possible.”

El Paso County has moved further down the COVID-19 dial framework to Level Yellow: Concern. There is still no news of Fargo’s reopening date at the time of this publication.