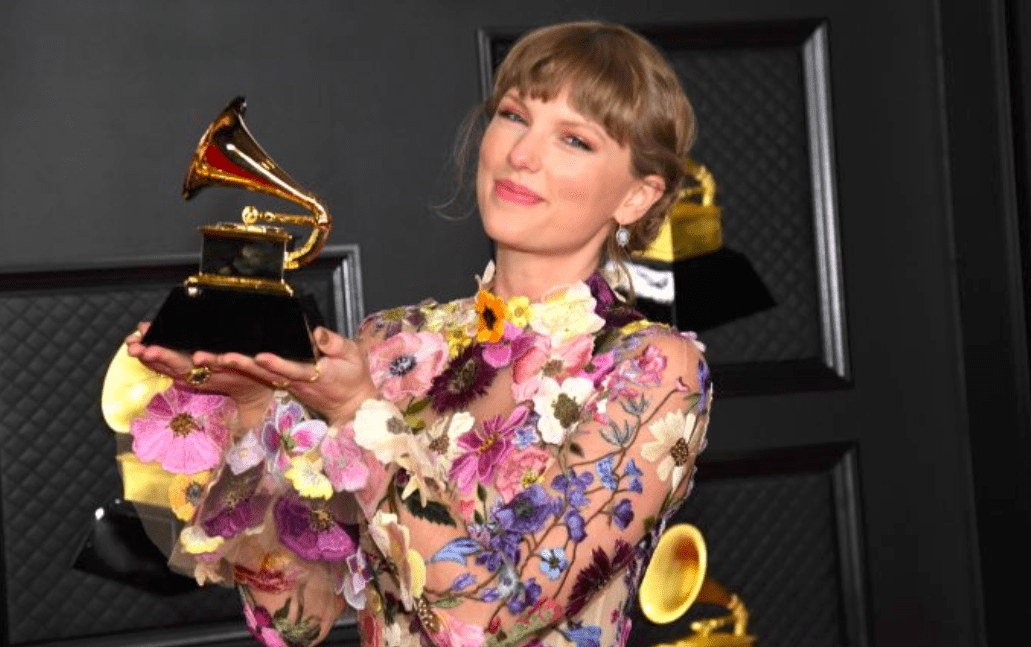 By: Isaac Werner
In: Features, Music

“Better-late-than-never” New Year’s resolutions were made for everyone — including the pop star Taylor Swift, who announced on Feb. 11 her personal re-release of the 2008 album “Fearless.”

But why is one of the biggest artists in the industry harnessing her success to rerecord an album released 13 years ago?

“Fearless” stands on its own as Swift’s most successful record, with a total of 7 million copies sold. While the number of copies sold is wildly impressive, Swift does not own the master recordings of any of the songs on the album. In fact, all of the artist’s work released before 2019’s “Lover” is in this category as well, with Swift not owning even one of the master recordings.

Yes, that does include hits such as “We Are Never Ever Getting Back Together,” “Mine” and “Shake It Off.”

By rerecording “Fearless,” Swift is able to gain control back over her recordings, or at least control over what she is calling, “Taylor’s Version.”

Serona Elton, director of the music business program at the University of Miami Frost School of Music, explained the significance of this via video response on CNN.

“The artist gets paid a percentage of the revenue generated by the recording, but they’re not in control,” Elton said. “Now Taylor is making these recordings and putting them out. What happens to them is really entirely up to her.”

Elton also believes that Swift’s dedicated and loyal fanbase will help in her journey away from the old and abandoned records.

Owning the masters to such hits as “Love Story” generated Swift a large monetary sum. But ownership of her recordings is deeper than just dollars and cents.

Swift began and remained with Big Machine Records for the majority of her career. However, that changed in 2018 when Swift signed a new agreement with Universal Music Group. This new signage now grants Swift the ownership of her master recordings.

Her previous catalog at Big Machine Records was sold to a company owned by Scooter Braun, who Swift claims bullied her for years. Swift called it a “worst case scenario.”

“This is what happens when you sign a deal at 15 to someone for whom the term ‘loyalty’ is clearly just a contractual concept,” Swift wrote on Tumblr in 2019. “And when that man says ‘music has value,’ he means its value is beholden to men who had no part in creating it.”

After she announced the release of “Fearless (Taylor’s Version),” Swift detailed more as to why she was rerecording her songs.

“I’ve spoken a lot about why I’m remaking my first six albums, but the way I’ve chosen to do this will hopefully help illuminate where I’m coming from,” Swift posted on Instagram. “Artists should own their own work for so many reasons, but the most screamingly obvious one is that the artist is the only one who really knows that body of work.”

Rerecording “Fearless” adds to an already prolific couple of years for the artist. Over the course of 2020, she released two new albums, titled “Folklore” and “Evermore,” which topped the charts and earned Swift a Grammy award.

2021-03-27
Previous Post: Zoom fatigue is real according to Stanford professor; here’s how to fix it
Next Post: Chart toppers and chart droppers: a look at the 2021 Grammy Awards