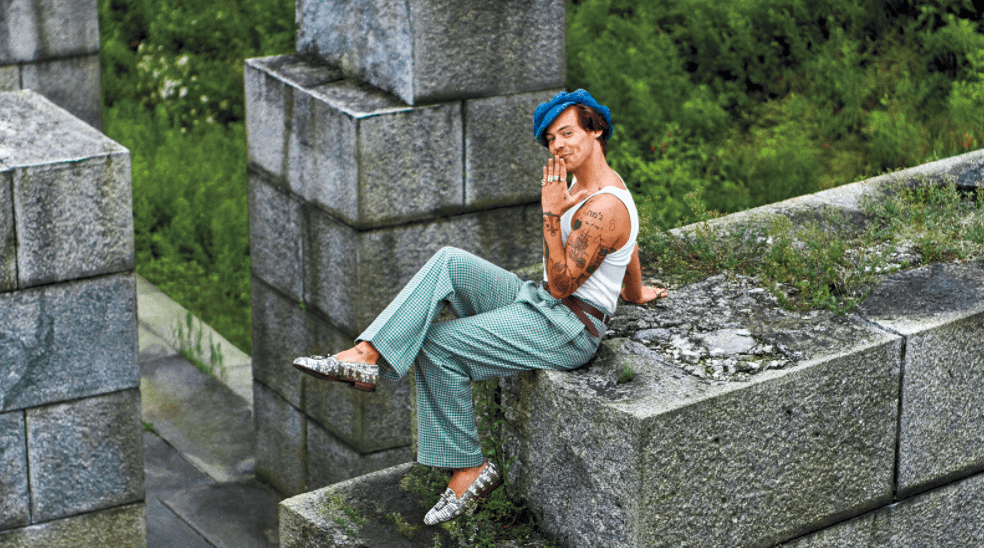 SCRIBBLE: Harry Styles’ many tattoos pale in comparison to his ‘Little Harry’

By: Harry McLovin
In: The Scribble

Harry Styles is more than simply watermelon spicy, he’s talented and gorgeous. But beyond his musical abilities and natural beauty, he would not be anywhere without the help of the butterfly stomach tattoo — which we will name “Little Harry” for the time being.

Harry, as we all know, has his body covered in random bits of ink, ranging from a small clothing hanger to words and phrases, but his Little Harry is by far the best because of its detail, size and beauty.

Some argue that Harry’s twin swallow tattoo, a swallow on each chest, is the most detailed of the bunch, and thus deserves the first spot ranking amongst his bodily markings. This couldn’t be more false. Looking at Harry’s left breast, this swallow is shaded darker and does not match the right breast swallow. This minor detail is what makes Little Harry far more detailed, as its right and left wings maintain the same coloring.

Another mention of detail is that one droops lower than the other. The swallows are not at the perfect level, which may only be a minor mistake, but is actually quite huge because of their front stage placement on Harry’s body. Thus, the twin swallows are lost against Little Harry.

Another arguable competitor is Harry’s rose tattoo on his left elbow. Looking at it from afar, the rose is beautiful; however, it is badly placed due to its size. The awkward angles at which this tattoo falls about his skin are all wrong. When Harry elongates his arm, and extends it, the rose stem doesn’t curve quite right, and when Harry closes his elbow, the rose petals stretch in mangled positions. It’s obvious we can rule out this tattoo as the champion.

Now, Little Harry wins over the rose because of its perfect size. Not too big, not too small, and just the right length and width for its layout over Harry’s stomach. When Harry stretches, lengthening his arms and body, Little Harry does not curve awkwardly, but instead looks like he is pulsing — the perfect movement for the wings of a butterfly, obviously!

Another of Harry’s markings that is a suitable contender is the beautiful pirate ship tattoo. I mention this one only because it combines intricate detail and size. The placement on Harry’s body is perfect for this tattoo, falling on his right bicep, it can sail on the seas of those muscles for years.

However, the real beauty of the pirate ship is of its meaning, not in its look. He once said that it reminded him of traveling home when he was off touring for his music. Everyone loves the design of a tattoo with meaning!

While this tattoo’s characteristics create strong competition for Little Harry, the pirate ship does fall a bit short.

Pitting meanings against each other is hard, but homesickness pales in comparison to Little Harry. The meaning behind this tattoo was explained to be about transformation. It represents the movement of his life from one stage to the next.

Thus, Little Harry follows the ups and downs, beginnings and endings, climaxes and comedowns of Harry Styles. Homesickness cannot compare to the power of transformation.

An honorable mention amongst Harry’s tattoos is the bold “R.” This tattoo was an attribute to Harry’s stepfather Robin Twist. Of course, compared to Little Harry, this letter barely stood a chance. Although it is worth discussing because of its odd placement amongst the naked mermaid, rose and weird bug guy tattoos.

While Little Harry towers over the rest, the following critiques must be looked at in order for it to remain top dog.

First, updating must be maintained, lest it begins to droop or look shriveled in spots. Little Harry’s age started to show itself at the recent 2021 Grammy awards. Harry almost didn’t want to show it off, and kept it partially covered, giving audiences only glimpses of what was under his clothes.

Second, Little Harry’s size is in trouble if any more tattoos appear, taking up more space. Size is mentioned as one of Little Harry’s winning attributes, but this will not remain so if others take on that attribute.

Overall, Little Harry is the best of its kind. I hope it maintains its great detail, size and beauty, and holds onto that number one spot on Harry’s body… among the markings, I mean.