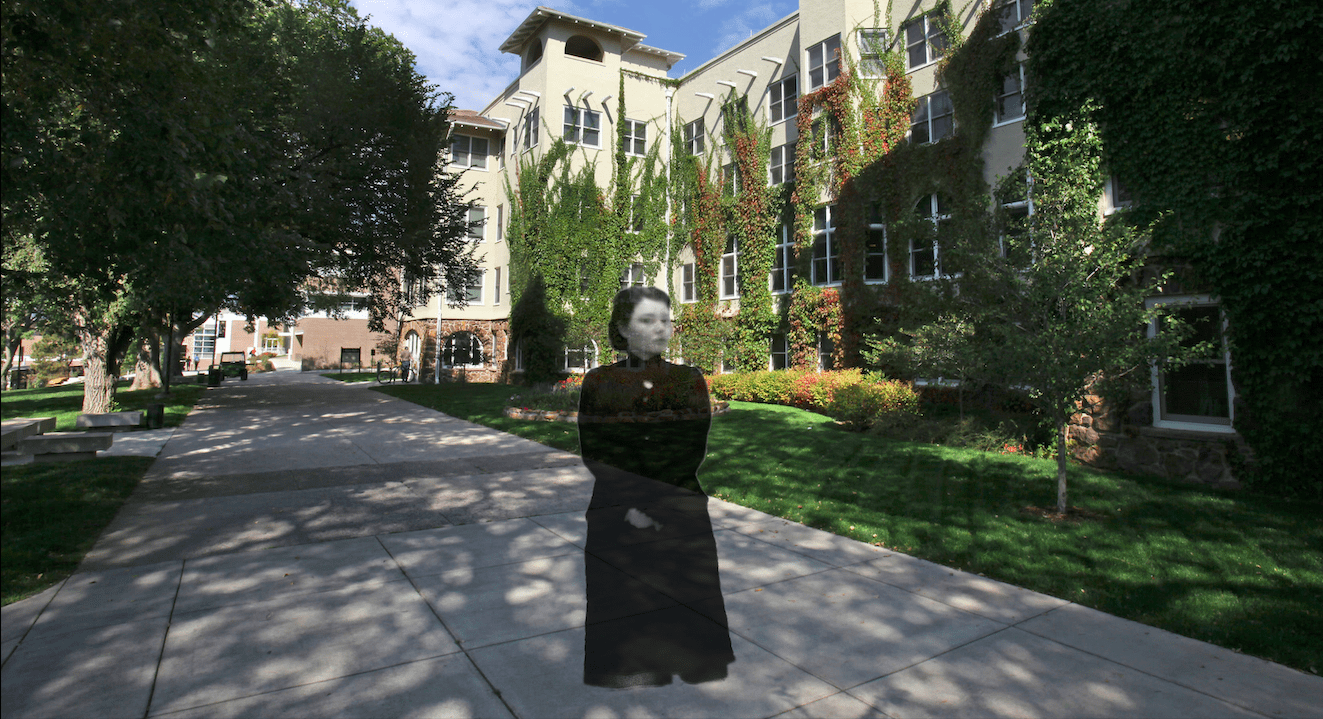 By: Nesley Vail
In: The Scribble

Main Hall on campus was once a tuberculosis (TB) treatment center. Known as the Cragmor Sanatorium; it operated from 1905 to 1964.

During the nearly 60 years that the Cragmor Sanatorium was in operation, many patients lived their last days there before passing away due to TB.

Gertrude Whippingham was one of those patients.

“My time at Cragmor was one of the best times of my life,” she said. “We had splendid celebrations, drank absinthe and played card games! What a glorious time!”

Whippingham was an heir to the Whippingham fortune in England. Instead of returning to her home country to haunt her living relatives, she says that she “prefers the sunny skies of Colorado over the dreary climate of England.”

During the 106 years that Whippingham has haunted the grounds of Cragmor Santorium that is now Main Hall, she says that the 2020s have been her favorite decade so far. She also stated that “WAP” is one of her favorite songs. “Oh, what a joyous tune! How I love aquatic kitty cats!”

Whippingham expressed that while there are perks to being a ghost, the job can get boring at times.

“It is not always sneaking up on someone and going ‘boo,’” she said. “Ghosts have a reputation to maintain. There are weekly meetings, conferences to attend. It can be quite tiresome.”

Whippingham explained that many ghosts are members of the International Ghost Society (IGS). The goal of IGS is to set ethical and safety standards for the ghost profession.

While ghosts are expected to be creepy, they are not allowed to harm the living, according to IGS guidelines. Ghosts who cause harm immediately lose their IGS membership and cannot rejoin the organization.

Spokesperson for IGS Freddie Frankenhoffer, who died in 2007 from an armadillo attack, said, “We are trying to undo the damage that years of media misrepresentation have done to the ghost community.”

This summer, IGS is launching a new campaign called “Not All Ghosts” that spreads awareness about ghost culture.

“We want to show the living that we are not what Hollywood wants you to think we are,” Frankenhoffer said.

Although Whippingham supports the Not All Ghosts movement, she says that she enjoys creeping out the living from time to time.

“If I am feeling particularly rambunctious,” Whippingham said, “I might knock a book or two off the shelves in the library. Or I might even change the thermostat in Main Hall! Tee hee!”

If you would like to catch a glimpse of Whippingham, try visiting Main Hall in the evening. You might even see her in one of the windows dancing to “WAP.”