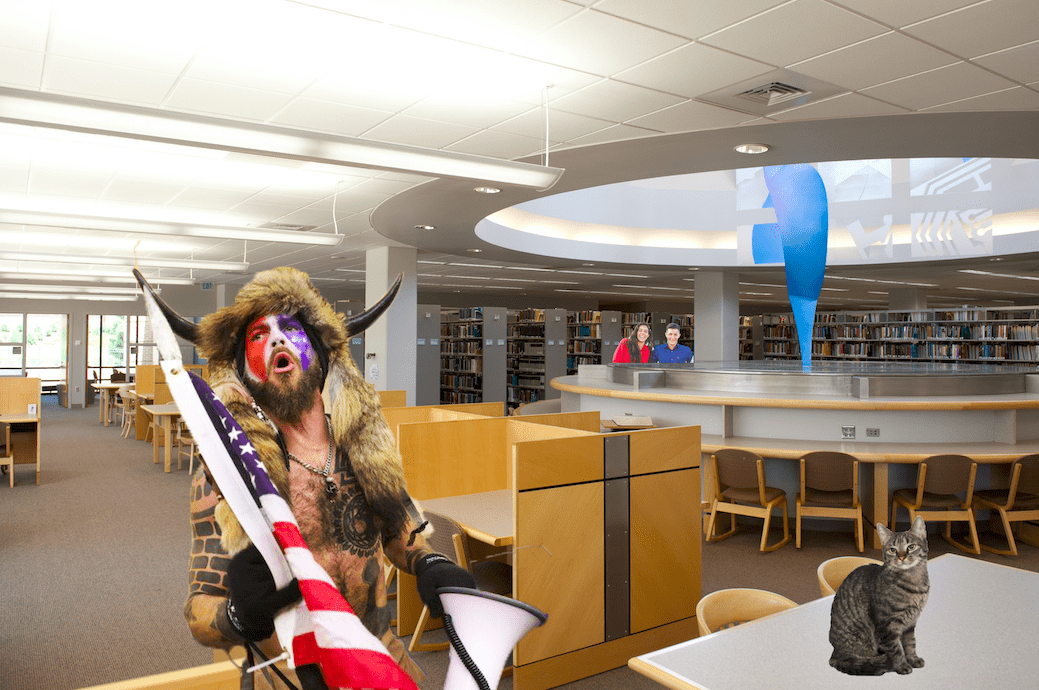 By: Nesley Vail
In: The Scribble

On March 16, the Student Government Association (SGA) announced Emily Gregory as the new SGA president. Students and faculty voted for candidates through the SGA website.

However, not everyone trusts the election results. An on-campus conspiracy theory group, known as ZAnon, believes that the SGA elections were stolen.

Senior political science major Jillian Jugglefield said, “This was not a fair election and we are going to prove it.”

Jugglefield has sought the services of self-taught lawyer Sam Pepper, who specializes in conspiracy theory cases. “Although I have never actually attended law school or stepped inside of a courtroom, I do know that you can’t trust online voting. The internet is evil,” Pepper said via email.

ZAnon conspiracy theorists believe that an anonymous person who goes by “Z” is the true SGA president, but election fraud prevented them from winning.

Beginning in August 2020, a mysterious Twitter user known as ZAnon began posting cryptic messages that many believed were related to the SGA elections.

The ZAnon account also claimed that there is a club that performs armadillo races in the basement of the library, a claim that was later proven to be true. This led some to believe that ZAnon has insider information.

The ZAnon Twitter account has since been deleted, but that has not stopped the followers of ZAnon from taking action.

Followers of ZAnon were so distraught by the election results that they decided to storm the library on March 20. However, due to many classes being online, the library was mostly empty and no one really cared.

“We will win this election! Just wait and see!” Fritzghyer said. “Z won’t let us down.”

Followers of ZAnon include Jugglefield, Fritzghyer, that guy with the horns and a cat named Biscuit.