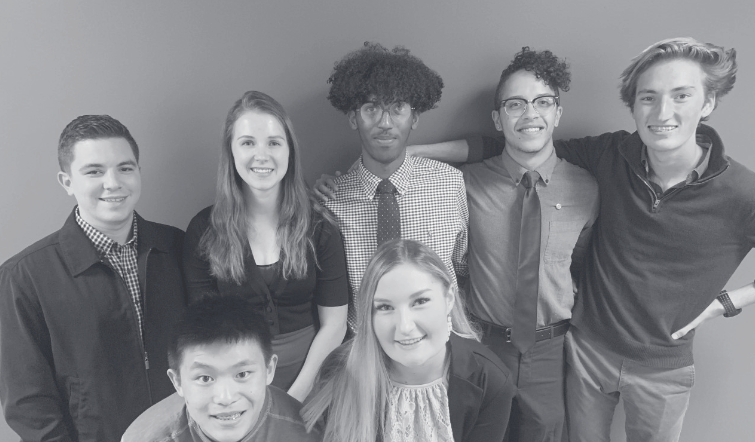 The National Society of Leadership and Success requested $1,012.50 to reimburse travel expenses for two executives to attend a conference in Los Angeles from Oct. 18 to 20. Their request was approved 6-0.

Seven applicants for SGA positions were interviewed at the meeting, which was the final step in the selection process to fill vacant SGA positions. The applicants were invited to approach the podium and speak for 60 seconds before answering questions from the senate. The senators then opened discussion before holding a vote to appoint the applicant.

Mike Acevedo, a freshman and a philosophy major, said, regarding his decision to join the senate, “I hope to improve the community vastly.”

Senior Breanna Arnold served as a senator before applying to be a justice. She said she wanted to be a justice to further serve the students. Arnold also had a prior role in the Inclusivity Pledge initiative on campus.

Khalid Saaed is a freshman and a political science major. Saeed said she hopes to engage the student body and make sure people’s voices are heard. “The moment I stepped on campus I fell in love with the community and student body,” he said.

Senior Zachery Flynn is an information systems major who has been the chancellor of the business fraternity Delta Sigma Pi fraternity for two years. “What makes an active student body is SGA and Student Life, so I want to be a part of both,” he said.

During the discussion, Senator-at-Large Kassandra Pontilo expressed concern for Flynn’s business passion. “He doesn’t seem that passionate about business,” she said.

Aidan Cowan is a freshman and political science major who wants to push for more representation for smaller clubs. “This would let all students find something they are interested in,” he said.

Samuel Schumann is a freshman and biology major who expressed interest in joining the Government Affairs and the Emergency Preparedness senate committees. “I want to make a lasting, powerful impact on the community,” he said.