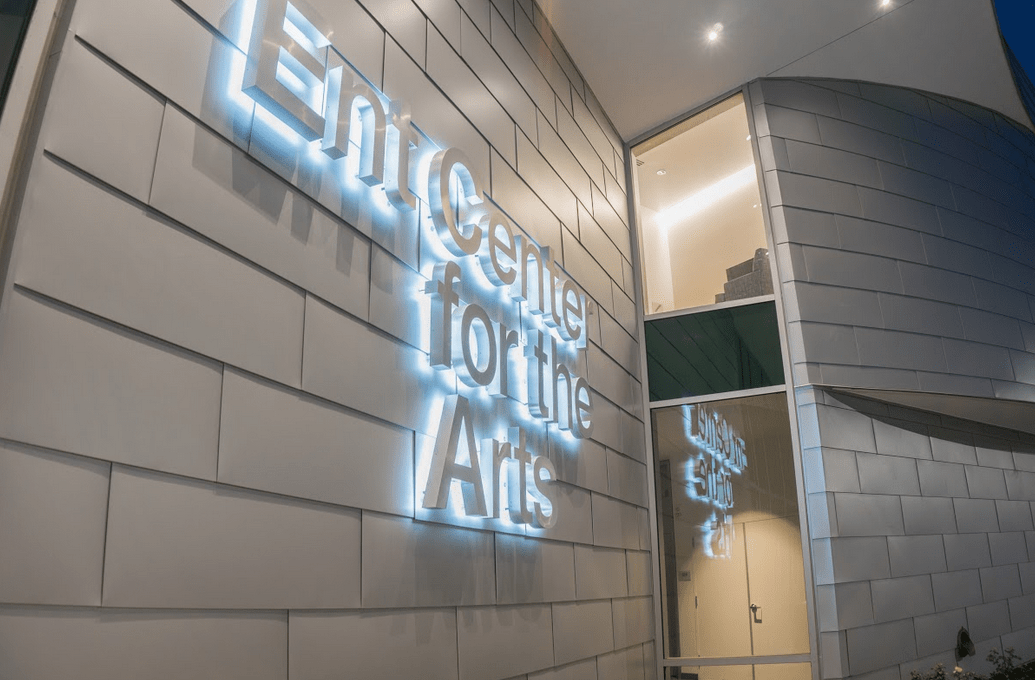 ‘The Art of Dining’ to have cooking live on stage

The Ent Center will open its doors to all on March 14 for the student show “The Art of Dining.” UCCS students and members of the Colorado Springs community alike are welcome to indulge in an evening of comedy and live cooking. 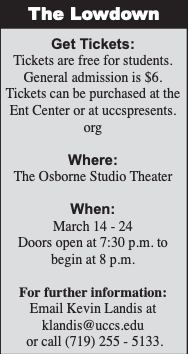 “The Art of Dining,” written by Tina Howe, traveled from its first production in 1979 into the hands of the director and associate professor of theatre and dance at UCCS, Kevin Landis.

Not to be confused with a simple cooking show, although there will be live preparations of cuisine on the set, “The Art of Dining” will tell the humorous story of young restaurant entrepreneurs, Ellen and Cal.

The synopsis of the play introduces a “young man and woman” who open up a restaurant located “kind of out of their apartment in New Jersey,” described by Landis.

During the production, the actors playing the main characters, Ellen, the chef and her husband, Cal, encounter customers that they will cook for and prepare in real-time actual, edible gourmet meals.

Landis decided to add this theater production to the “five to six fully mounted shows” the UCCS theater company presents a year, in hopes of challenging his students to the technical elements that a comedy confronts.

In addition to directing a show to provide a learning experience for students, Landis wanted to step outside of his “tendency to direct a lot of dark plays.”

“I wanted to do something that was really fun,” Landis said.

A challenge Landis has encountered during the preparations of the performance has been the creation of full dinners on set using a full working kitchen.

“You have two of the most high-pressure things that anyone can do: performing, which I think everyone knows that’s high pressure and cooking, and its combined! It may be one of the most challenging plays I’ve directed because of that,” said Landis.

In order to prepare for this element in the play, Landis had cooking rehearsals at his home where the actors learned proper kitchen techniques such as whisking and chopping.

Landis said he hopes to achieve the provision of a wonderful, fun, hard, rigorous, educational experience for his students.

As for the outcomes he would like to achieve for the audience, this includes delivering a show that in the “hour and 45 minutes,” individuals will be offered the opportunity to retreat from their daily problems “and just enjoy really well-done comedy.”

“When you’re a director and seen the show 100 times, and you’re standing off stage in the dark looking at the audience smile, there’s nothing better than that,” Landis said, expressing what he’s looking forward to.

All are encouraged to come to support the UCCS student performance of “The Art of Dining,” just as much as all students are welcome to audition for future programs.

If the performances produced within “The Art of Dining” spark an interest in a potential acting pursuit, keep your eyes peeled for audition dates in October and November.

On the other hand, if you prefer the audience member role, “The Art of Dining” will be available to experience from March 14 – 24.