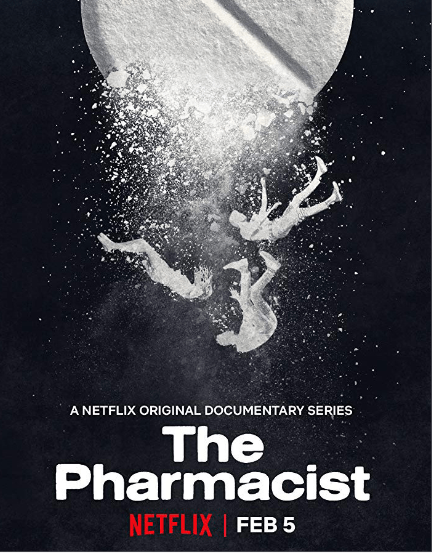 ‘The Pharmacist’ is insightful, redemptive and haunting

The Netflix true crime documentary series “The Pharmacist” dives into a saga of a man on the search to solve his son’s murder and battle against big Pharma in the process. Family tragedy is interlaced with the larger societal problems plaguing America.

The docuseries feels almost biblical in its moral telling of an average man against the Goliath-like pharmaceutical industry. The story is captivating from beginning to end, in large part because of how personal the story.

The narrative ebbs in and out of the details of personal tragedy and recounts the large-scale destruction of the opioid epidemic, with Daniel Schneider being the central voice narrating the story. “The Pharmacist” is hard to watch at times, telling the stories of destruction and tragedy that the opioid crisis continues to cause. The four-episode series begins with an introduction to Dan Schneider, who describes his investigation of the murder of his son Danny during the crack-epidemic of the 1990s. Schneider, resident of the middle-class St. Bernard Parish suburb of New Orleans with his wife and daughter, spends months knocking on doors in New Orleans’ Lower Ninth Ward where Danny was shot and killed. His devastation turns into frustration as Schneider discovers the failure of the New Orleans Police Department to investigate his son’s death.

The father commits the next year of his life to investigating the killer. Within the first two episodes, the central conflict of the father’s search is resolved. Yet, once the father discovers the murderer, the story is catapulted into another dramatic discovery.

In his efforts to find justice in the face of his son’s murder, the father stumbles into the extensive world of opioid “pill mills” — doctor’s offices that sell fraudulent prescriptions for opioid medications. Schneider’s increasingly dramatic investigation of the beginnings of the opioid crisis traces the events that have led to the extensive pharmaceutical abuse.

There is no simple label for the documentary because it is no simple story, at once a vignette of family tragedy and a snapshot into the journey of one man’s search for justice. “The Pharmacist” is also an expose into the social erosion caused by the pharmaceutical industry. The show watches like a true crime thriller but haunts you with the realization that the problem has not yet been addressed, let alone solved. Thus, not only is the documentary a compelling story, it is an example of investigation and storytelling at its best — captivating, personal and relevant.

This achievement is accomplished through the treatment of the opioid crisis as an intersectional problem rather than an isolated issue. “The Pharmacist” covers extensive ground in its four episodes, dealing with the lingering effects of Hurricane Katrina in New Orleans and the variety of ways in which race, class and geography have played into the development of the opioid crisis.

The documentary leaves the audience with a sense of both hope and dread, feelings reflective of Schneider’s emotions in the final episode. As much as the documentary is an investigative story, it is also a call to action. The mere existence of a character like Dan Schneider is a rejection of our collective complacency in addressing the opioid epidemic.