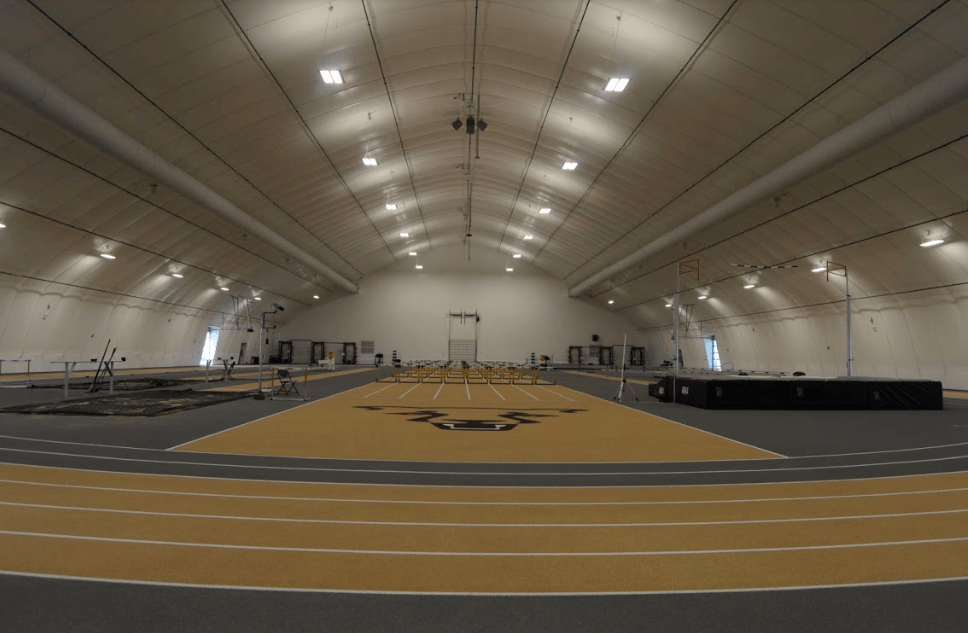 Day one of the Colorado Running Company Mountain Lion Open resulted in six event winners for UCCS Track and Field, with five provisional marks tallied as well, increasing their chance of qualifying for nationals.

“This week was just a good confidence booster,” said sophomore Kayla Zink. “We’re finally starting to peak and reach those [personal records]s so it was good to feel a little bit fresher. Going forward I think I just need to work on staying relaxed.”

Junior Derek Valdez earned a provisional mark in the men’s high jump, finishing second with a leap of 2.08m. Valdez also finished second in the long jump with a distance of 6.98m. That was just short of his personal record of 7.00m.

For the women’s jumps, sophomore Kaija Crowe and graduate student Jada Carr each recorded a provisional mark in the long jump. Crowe placed first with a jump of 5.88m and Carr took third with a jump of 5.70m. In the 60m hurdles, Crowe registered the second fastest time of 8.95 seconds.

In the throwers competition, junior Conor Bertles broke his old personal record of 16.11m by heaving a distance of 16.41m in the men’s weight throw, which earned him second place.

In the 60m finals, Elcock and Zink continued their performances from day one. Elcock finished second with a time of 6.94 seconds while Zink finished first with a provisional time of 7.54 seconds. Elcock’s second-place finish was the top collegiate time in the event, while Zink’s provisional mark is tied for sixth best time in Division II.

Freshman Cameron Tracy finished second in the women’s 60m hurdles finals with a time of 9.24 seconds. Tracy recorded a PR of 9.14 seconds in the preliminaries on Day One of the Mountain Lion Open.

Freshman Afewerki Zeru finished second with a time of 8:53.87 in the men’s 3000m. The women’s 4x400m team of Jalen Jordan, Diana Reynolds, Grace Wenham, and Cameron Tracy registered took first for UCCS with a time of 4:03.38.

In the field events, jumper and junior Will Ross, along with pole vaulter sophomore Brenna Kuskie combined for two provisional marks. Kuskie finished as the top division II student-athlete in the women’s pole vault with a height 3.63m. Ross finished as the event winner in the men’s long jump, leaping to a distance of 14.51m.

“This past weekend I did pretty well comparatively to my competitors,” said Ross. Ross said he still needs to work on his triple jump technique before the Rocky Mountain Athletic Conference Championships.

“[Track is] like a job but it’s not a typical job because you’re always active and it’s fun. You show up and interact with people; I like the freedom of it, it’s a good job.”