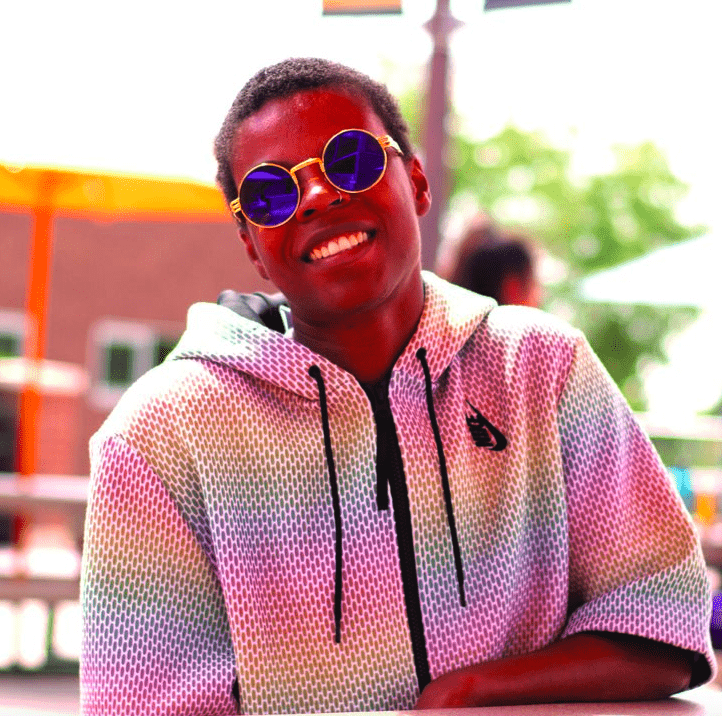 By: Annika Schmidt
In: Features, Voices of UCCS

“Back home, I can see the Alps from my bedroom window. Moving here, it really reminds me of them.”

Track and field athlete and senior film major Nicole Morpurgo calls Milan, Italy home. Morpurgo’s passion for both her athletic endeavors and her education has brought her to America, where she now shares her worldwide experiences with the UCCS campus.

“We have good film schools in Italy too, but most European education definitely does not support sports next to education. I knew I wanted to do both things, but not have to decide which one is more important than the other,” Morpurgo said.

Morpurgo is a sprinter for the UCCS track and field team and runs the 100-meter dash, 200-meter dash and 4 x 1 relay. Since being recruited, Morpurgo has been a part of the women’s track and field team to win two conferences: the Rocky Mountain Athletic Conference (RMAC) indoor championship in February 2018 and the RMAC outdoor championship in April 2019. “I am super proud of the team and how it has grown,” Morpurgo said.

Morpurgo was originally recruited by the St. Cloud State University track and field team in Minnesota before transferring to UCCS in the fall of 2017. Morpurgo could have stayed in Minnesota, but the conditions of the athletics changed. “I moved to UCCS because of the professors, but mostly to be able to continue to be a track athlete,” she explained.

Morpurgo started running track back home in Italy. “I started in middle school when I was fourteen or fifteen. I didn’t want to do it at all costs. I’m a gymnast. But I was tall; the one thing I was too tall for was being a gymnast.

“Track has really taught me a lot. Learning techniques to be fast was very different than learning choreography or a skill in gymnastics. I’m really happy that my mom and my coach pushed me back home to get into it. They said, ‘You have potential. You should do it,’ and it has brought only good things to my life.”

Not only does Morpurgo run track, but she also is an involved film student on campus. She is focused on her studies and working on a short film that she can use for graduate school applications. She also helps her fellow film majors make films.

“Film was really something that built me,” Morpurgo said, explaining her major choice and future career endeavors in the film industry. “I grew up without a television. We only had a television at our lake house.”

According to Morpurgo, this television came with three rules: one movie per day after dark, one full feature and one short film if it was raining and no films in their native language of Italian. “I always learned through film. I want to get into the film industry to bring my point of view and produce stuff that really has a 360 meaning, not just an image.”

Morpurgo grew up speaking Italian and German and learned English in middle school. She learned and kept up her language skills by travelling throughout Europe and the United States with her family and taking solo trips to spend time with family and friends around the world.

“They were always very keen on letting us see the world and teach through experience,” Morpurgo said of her parents. “I asked them why they did it, and they said they wanted us to know how to adapt. If you don’t know how to adapt in this world, you can just live in a room because it’s changing so fast. Without adaptation there is no way you can survive.”

Morpurgo’s family travels were not your standard, luxury vacations. She described them as simply “good” and would always return home with many memories and friends. “My parents taught us to spend money on experiences rather than objects,” she said. This lesson was represented in Morpurgo’s opinion towards standard technology.

“I always buy used phones. I’d rather pay less for a phone and move to Brazil for one month than the other way around.”

Morpurgo takes trips like this as frequently as she can during school breaks. She also tries to take three to four weeks at Christmas and again during the summer time to visit her family in Milan. This past summer, however, she did not return home after being presented the opportunity of working for the graphic design team at Fox Sports in Los Angeles.

Morpurgo will graduate from UCCS in December and plans to apply for Optional Practical Training (OPT), which permits temporary employment for international students that will allow her to work in the United States for twelve months following graduation. “I would like to work in the film industry ideally as a director of photography, but I definitely know that it’s a Pikes Peak to scale,” she said. “You have to move along slowly and gradually.”

As for her athletic endeavors, Morpurgo will assist with training and possibly coaching this semester as UCCS takes on one of its largest recruitments.

Morpurgo’s life experiences from travelling, sports training and film viewership throughout her developmental years are fueling success in her current career ambitions and athletic endeavors.