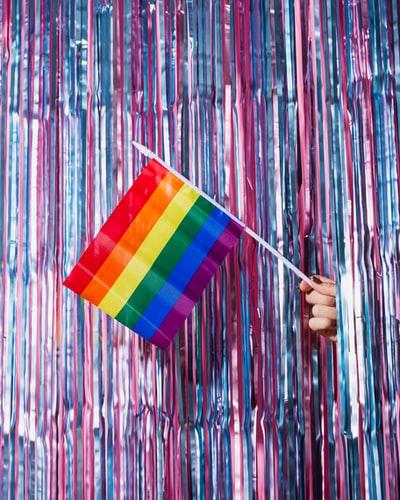 Two LGBTQ+ poets to love and become familiar with

By: Isaac Werner
In: Features

For as long as poetry has been able to represent love, it has included every single type of love under the sun.

LGBTQ+ poets have harnessed and accomplished many-a-great thing for the literary genre. Sappho’s creations and the grand romantic ending of “The Iliad” have sustained these literary influences and allowed poetry to flourish into the universal language of love.

So, looking for something new to read? Sick of the boy-meets-girl rhetoric? Here are a couple of LGBTQ+ poets to start reading and become obsessed with.

A poet, painter and filmmaker, Richard Siken is the author of the poetry collection “Crush.”

The collection won the Yale Series of Younger Poets Competition in 2004. Upon reading one of his most popular poems, “I Am Jeff,” I was drawn down a long rabbit hole of emotional sucker punches and urges to read more.

Siken is a genius at capturing the panic and obsession one can feel over their sexual identity. In fact, it is the theme of “Crush.” The theme can be summarized through the line, “the gentleness that comes, not from the absence of violence, but despite the abundance of it,” from the poem “Snow and Dirty Water.”

In this first collection, Siken blends the fear at the bottom of your stomach, the hungry love sitting right next to it and the taste of blood into poems that ebb and flow with grace.

Siken’s work has become incredibly popular with LGBTQ+ audiences, partially due to his own experiences as a gay man heavily influencing his work. From the rawness of letting another know you on your most intimate levels to grieving the loss of a partner, Siken just gets it.

His second collection, “War of the Foxes,” was published in 2015 and is available for purchase online.

Favorite quote: “You see, I take the parts I remember and stitch them back together to make a creature that will do what I say or love me back,” from “Litany in Which Certain Things Are Crossed Out.”

Hailed for her beautiful portrayal of American nature, Mary Oliver’s sexuality is not as abrupt and influential on her work compared to Siken. Oliver’s pieces have granted her the Pulitzer Prize and the National Book Award, and the widespread recognition and respect within poetry communities.

Oliver made it a point to have her work influenced by the natural world rather than the human world, fueled by her love of solitary walks in the wild.

Her work was praised for creating clear and poignant observances of the natural world and creating dialogue that refused to acknowledge boundaries between nature and the observing self.

By being a part of the observing self through her readings, the poems become that much more personal.

On a visit to Austerlitz in the late 1950s, Oliver met photographer Molly Malone Cook, who later became her partner for over 40 years.

While her romantic life is not explicitly reflected in her writing, her poetry was still positively received by the LGBTQ+ community who also appreciated her focus on the beauty of nature and the human spirit.

Favorite quote: “Tell me about despair, yours, and I will tell you mine. Meanwhile the world goes on,” from “Dogfish.”