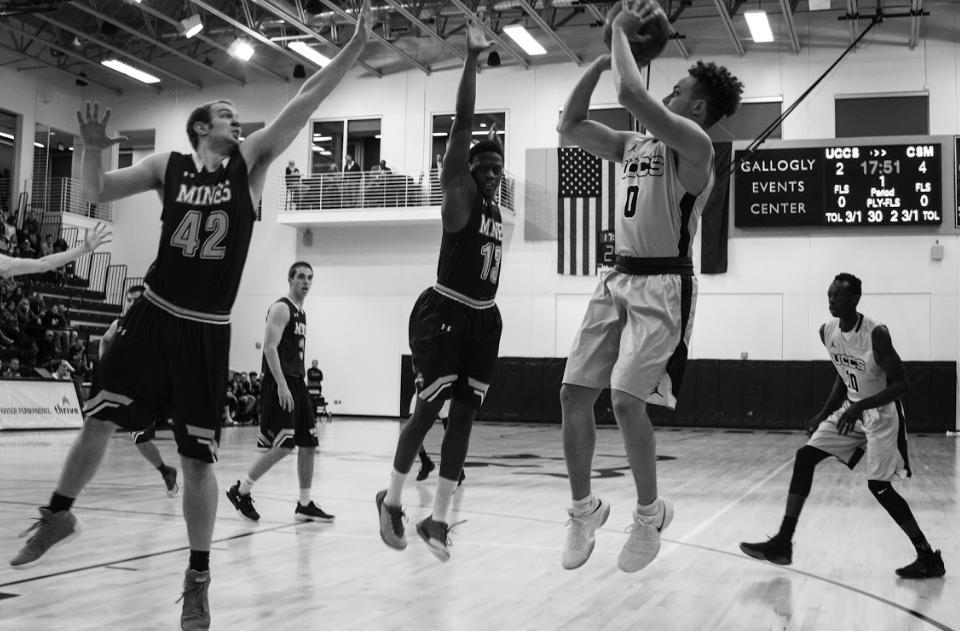 UCCS men’s basketball prepares for their upcoming season next month

The men’s basketball team’s first game will take place on Nov. 9 as the team prepares for their goal of conference championship.

This season for the Mountain Lions will begin with a two-day tournament in Stephenville, Texas, hosted by the Texans of Tarleton State University on Nov. 9 and 10. UCCS Men’s Basketball Head Coach Jeffrey Culver said via email that because there are two teams from UCCS’ region competing in this tournament, this will be a great opportunity for the Mountain Lions to see where they stand compared to the rest of their group.

Culver said that each and every one of the team’s games is placed on the same priority level.

According to Culver, the team started off slowly in conference play last season before turning it around in the second half. His hope is that the team is able to perform at a high level sooner in the season.

“We are excited for our season as we have twelve returning student athletes,” said Culver. “They, along with our three freshmen, will allow us to compete for conference championship.”

Culver stressed the importance of integrating the freshmen into the team. He notes that red-shirting is a great opportunity for athletes new to the team to get adjusted to the program.

“We have a great core of upperclassmen that have helped the freshmen adjust,” said Culver. “Our foreign tour to Australia (this summer) was also very helpful for this process as we were allowed ten practice dates prior to our trip.”

That tour was part of the NCAA certified foreign program tour, where UCCS competed in three games against the Geelong Supercats, Mckinnon Cougars and the Newcastle Hunters. The Mountain Lions also held several youth clinics in Australian communities.

Among the players that embarked on the foreign tour program was junior Ed Bourke. This trip was a homecoming for Bourke as he is a native of Melbourne, where UCCS competed while in Australia.

“Ed was able to utilize his redshirt year to adjust to life, college, and basketball in the states,” said Culver. “(Our tour to Australia) was a great opportunity for the rest of the team to also get acclimated to Ed’s hometown culture and the style of basketball played in Australia.”

The Mountain Lions’ first home game this season will be against Colorado College on Nov. 26 at the Gallogly Events Center.

2018-10-16
Previous Post: Campus Rec promises confidence at Barbells and Brunch
Next Post: OP: Reading is beneficial and should be done more often