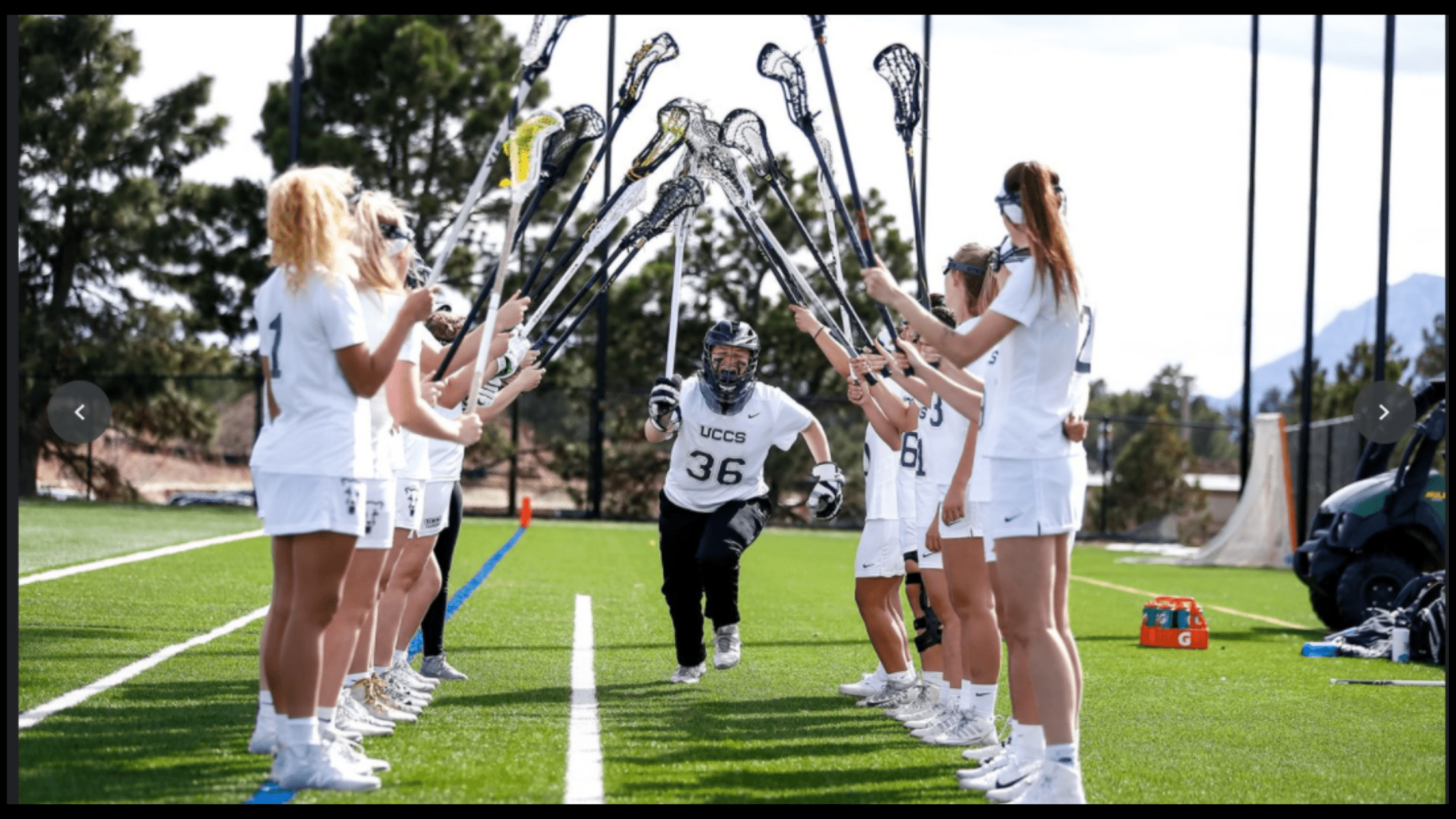 By: Julia Elbert
In: Uncategorized

The UCCS Women’s Lacrosse Team played against Colorado College (CC), during the week of March 29. The game was hosted by CC in downtown Colorado Springs. UCCS Mountain Lions beat the CC Tigers 17-7, moving the Mountain Lions into a 5-1 season.

The Mountain Lions scored 10 goals in the first half and seven in the second half. The game was led by senior No. 7, Kiera Lowe, who scored four goals. Lowe netted two goals per half.

Coming up behind her was junior No. 28, Natalie Church, with a game total of three goals, all in the first half of the game. Redshirt junior No. 3, Audrey Napp, and redshirt sophomore Angela Naughton, No. 25, both scored two goals each for a total of four.

Church has scored 17 goals out of 23 potential shots made onto the net and is sitting at a 6-6 average this season.

This game was on the Mountain Lions side as the team had a total of 21 turnovers forced onto the Tigers. The goalie for the game was junior No. 22 Kennedy Travis, who played the full 60 minutes with a total of 15 saves and only allowed 7 shots into the net. Napp and Morgan Miller each caused 2 of the 21 turnovers committed by CC.

This game was a battle, but the UCCS team outshot the CC team by 50-34 and made 17 of those shots into the net. The first half of the game was a back-and-forth effort by both teams, but ultimately the Mountain Lions pulled through in the second half.

There were eight unassisted goals during the game, with the remainder nine goals being assisted by Aliyah Weant, Church, Teresa Lacayo, Mallory Corrigan and Naughton.

There were two penalties thrown during this game. Both were yellow cards, one for UCCS and one for CC. The first occurred in the first half by CC’s Bella Scola, and the second one was in the second half by UCCS’ Sydney Malcolm.
The UCCS Women’s Lacrosse Team went on to play a 6-game series hosted by CSU Pueblo starting on April 3. The Mountain Lions won their first game in Pueblo 17-9, with Church and Naughton scoring four goals each.

The team’s next game will be on Friday, April 26 at home vs. Fort Lewis.