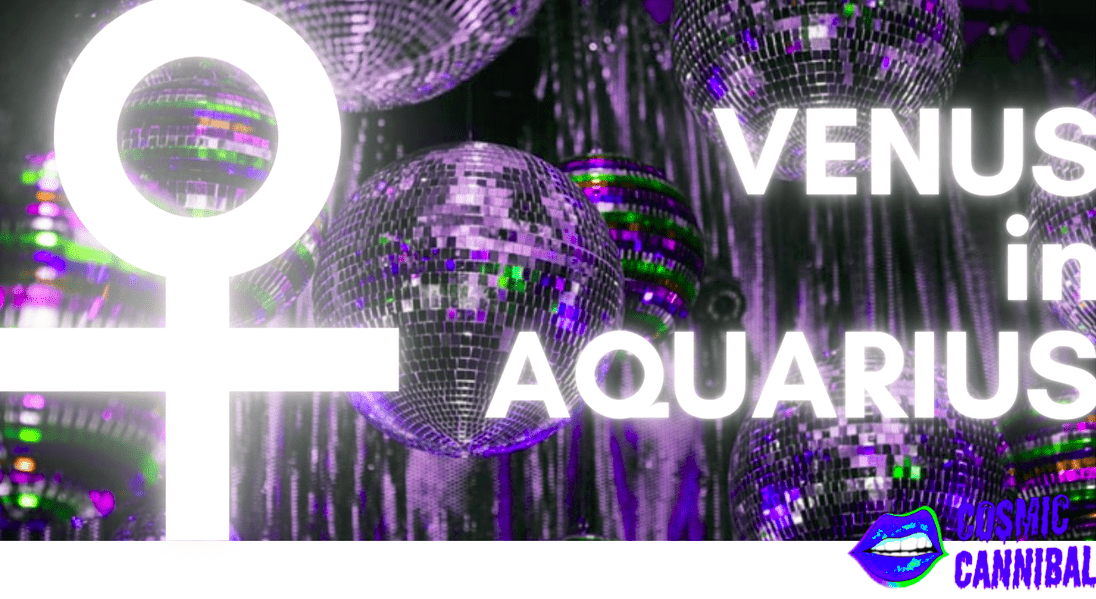 Venus in Aquarius will shake up your social life

All January long, Venus in Capricorn had us questioning our lovability and competence, and whether or not certain relationships were worth the work. Though it was a great time for building self-respect, it was also hella isolating and boring.

But guess what? The snoozefest of seclusion and inferiority is O-V-E-R! It’s time to rise and shine and welcome in a month of socializing and brainstorming, because Venus, the planet of love and pleasure, entered Aquarius on Feb. 1.

Venus transits the fixed air sign until Feb. 26, making it the fifth planet moving its way through the constellation Aquarius. The others include the sun, Mercury, Jupiter and Saturn, but those don’t really matter right now.

This article is all about Venus. More specifically, Venus in Aquarius.

Astrologers like me refer to Venus as the planet of love and pleasure, because it rules things like romance, affection, art and recreation. It is also the celestial body of values, socializing and partnerships. Basically, the evening star tells us who we’re attracted to and want to buddy up with, what makes us happy and why.

Fixed Aquarius is a unique sign with its fair share of quirks. Belonging to the element of air, which is the astrological element of the mind, Aquarius prefers to connect with others through the exchange of ideas and interests. Super social, with a genuine, albeit intellectual, interest in other people, Aquarius is able to make tons of friends in a snap. But dispassionate Water-Bearers don’t emotionally invest in any bond. Touchy-feely moments and grand romantic overtures are unnatural to the air sign.

This is especially true during Venus in Aquarius.

While the transit can make us more gregarious and curious about other people, we’re also more in our heads, emphasizing thought over feeling. This tempers our affections in one-on-one exchanges, making nearly every conversation light and breezy. We’re interested in learning about people, sure, but only from a distance. So, don’t be surprised if you feel a little impersonal, if not downright detached, for the next few weeks.

Does that mean you’ll be giving or getting the cold shoulder? Absolutely not!

Relationships — romantic, business, peer — will simply feel like friendly bonds, free of weighty emotional demands. The one caveat: you’ll only befriend someone if a) they’re eclectic, b) have interesting ideas and c) give you the space to be and do as you please.

It’s true, our urge for freedom and independence is strong during Venus in Aquarius. Why? Because we want to explore the unexplored paths and think about our hopes and dreams. But we need time and space to do so. And actually, if given the right amount of freedom, we’re able to think up creative solutions to relationship problems when Venus is in Aquarius, because we approach problems with detachment and fairness.

Platonic partnerships and budding friendships are the name of the game during Venus’ stay in Aquarius. People-oriented, we want to get to know even the strangest of strangers. But it’s not enough to link up and chit chat with people who share our interests; we want to make friends with unique people who are passionate about odd subjects we know nothing about. After all, Aquarius is attracted to that which is exciting or unconventional — and the more unconventional a person or place is, the more attractive we’ll find it!

This collective fascination with the unusual will see many of us seeking experimental ways of connecting with others. (Note: experimental doesn’t mean irresponsible. If you’re out and about with friends, mask up!) Technology will definitely play a part in all of our get-togethers — even dates — because Aquarius is the sign of technology.

And because Aquarius is also the sign of group goals, you’ll (virtually) befriend and be more attractive to a larger number of people. So, it’s a great time to join a club, network at an unusual event or do a workshop on an unconventional subject like, say, ancient philosophy or air emissions.

Of course, with every planetary transit, there’s a downside.

The most common complaints during Venus in Aquarius include commitment phobia, a fear of intimacy, over-intellectualizing our feelings and affections, temporary yet intense interest in the absurd and getting to know people only to ghost them in a few days — but you’ve gotta take the good with the bad!

Conversations with like-minded weirdos over Zoom and debates with strangers about how to solve the world’s problems are nearly guaranteed during Venus in Aquarius. By the time the planet is out of the air sign, your group DMs will be overloaded, you’ll feel more mentally connected and independent, and, best of all, more inspired to glide into the rest of 2021.