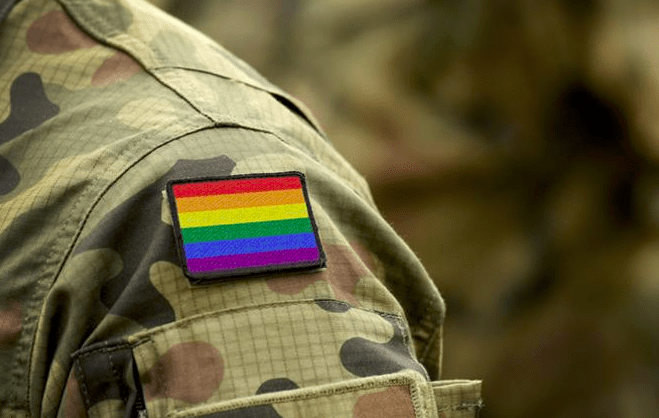 By: Tom Baker
In: News

The Veteran and Military Affairs office has collaborated with the MOSAIC center to host an event celebrating the 10th anniversary of the repeal of “Don’t Ask, Don’t Tell,” a discriminatory policy that excluded the LGBTQ+ community from serving in the military.

The event will feature a short speaking segment where individuals will talk about the policy and how they were personally affected by it. Afterward, it will transition into a celebration, where food and games will be available to help strengthen the community.

“We’ll do the academic and the historical part of it and talk and give it its due attention and seriousness, and then we’ll actually celebrate,” said Mike Hamilton, student engagement and programs coordinator at the Veteran and Military Affairs office.

He continued, “We’ll go outside, weather permitting. I have provided some snacks and ice cream and drinks, and [we will] just play games and celebrate, meet each other and form new relationships.”

This event aims to raise awareness of the challenges faced by the LGBTQ+ community and to build relationships while celebrating the end of a discriminatory policy.

“[When we] hear the thoughts or experiences of community members who have served, it teaches us how to be more well-rounded individuals and human beings. It makes us more intelligent on a global stage about issues and the struggles of our community members in the military,” Hamilton said.

“It gives historical awareness of what people went through before you, so individual people can appreciate the sacrifices of those who went before them that gave them that freedom… It opens up this huge wave of opportunities for friendships and relationships and collaboration and great understanding.”

Hamilton’s friend and fellow Marine was discharged as a result of the policy; Hamilton will be sharing this story at the event. In addition, staff from the MOSAIC center will be speaking, giving insight from the LGBTQ+ community on the impact of the policy and its subsequent repeal.

According to the Associated Press, this policy led to the discharge of over 13,000 service members.

“I imagine it was extremely nerve-wracking and uncomfortable because you could never be yourself; you can never let your guard down,” Hamilton said, “You can’t be yourself completely. You’re always hiding something, which must be exhausting and fear-inducing, and just detracting from what the point is being in the military.”

The event will take place on Monday, Sept. 20, at 11 a.m. in the MOSAIC center and will continue outside for the celebration if the weather permits.