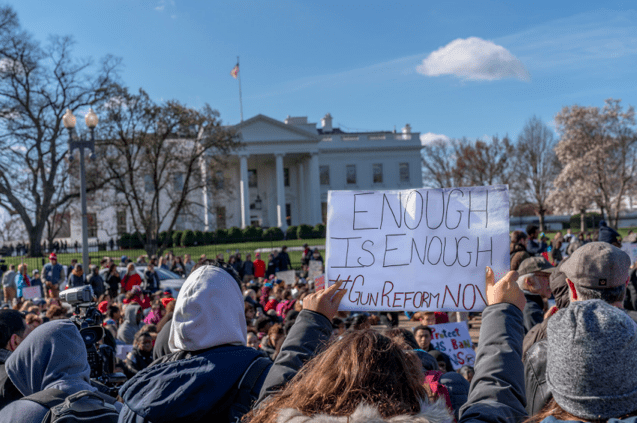 UCCS will not be barring prospective students from admission based on their participation in a nationwide protest for increased gun reform.

On March 14, participating students walked out of class at around 10 a.m. and stood outside for 17 minutes, one minute for every person killed in the Marjory Stoneman Douglas High School shooting last month in Florida.

Across the country, some high schools threatened to punish students who chose to participate in the demonstration.

UCCS has joined several universities nationwide that have announced support of the students participating in the walkouts. On Feb. 27, the university expressed their support for the students over twitter:

“We will continue to support students who exercise the right to free speech – including future Mountain Lions. Engaging in peaceful protest and activism will not impact admission of students to UCCS. #ReachHigher #UCCS.”

Chris Beiswanger, director of Student Recruitment and Admissions Counseling, believes that the university put out the tweet to reassure prospective students that UCCS would not reject them for exercising their first amendment rights.

“I think that it was more of an assurance by having a stance on something like that by saying, ‘You’re right.’ We just want to support that and support students that feel that way,” he said.

Admissions focuses mostly on academics when considering an applicant to the school. The school only considers criminal behavior and legal action taken against a prospective student into account.

“Ultimately, it’s making sure that we’re bringing in a person that’s going to be a good member and not be a threat to anybody. But, as far as high school issues like a suspension or detention, as long as it doesn’t affect their academic standing, we wouldn’t look too deep into that,” said Beiswanger.

Sentwali Bakari, vice chancellor for Student Success, thinks the students participating in the protests are doing the right thing by standing up for what they believe in.

“As an institution, at least for me as a senior administrator, I applaud the student engagement, and I view it as very positive. And I see no laws being broken here,” said Bakari.

Bakari said he is against high schools punishing students for participating in the walkouts.

“I saw that some schools might penalize students for walking out or something like that. I sure hope that’s not the case. It’s not like they’re walking out because they want an extra recess or they want more time to play. I would really hope that high school administrators and faculty would flip it and turn this into an educational opportunity,” said Bakari.

The majority of students studying at UCCS are from Colorado. It is possible that students engaging in walkouts in Colorado will apply to the university.

Bakari believes that these students would be an asset to UCCS. He considers the movement to be a positive learning experience for the students.

“Aren’t these the types of students that we want on our campus? Students that are engaging, who have values, that they are willing to stand up for to make a difference and to be engaged in the community. For some of these high school students, this can be a launch pad for them to be doing more civic engagement across the campus,” said Bakari.

Beiswanger is unaware of high school students or their families contacting the university about the walkouts.

“I can’t remember anything along these lines surrounding a movement like this. I can’t think of anything that would be relational to it,” said Beiswanger.

The recent protests remind Bakari of the movements that occurred in the ‘60s. He believes that the current protests can make a difference in the gun control debate.

“I also think that when you go back and look at history, like in the ‘60s, the Black Power movement, the women’s movement what happened at Kent State, Vietnam, you see a lot of profound and compelling changes that have happened at universities and colleges.” Bakari explained.

“I firmly believe that much of that had to do with student activism and students expressing that they want to see change. I think that this is a reflection of that.”

According to Bakari, if students at UCCS choose to participate in a similar protest in the future, the university will try to find a way to be supportive.