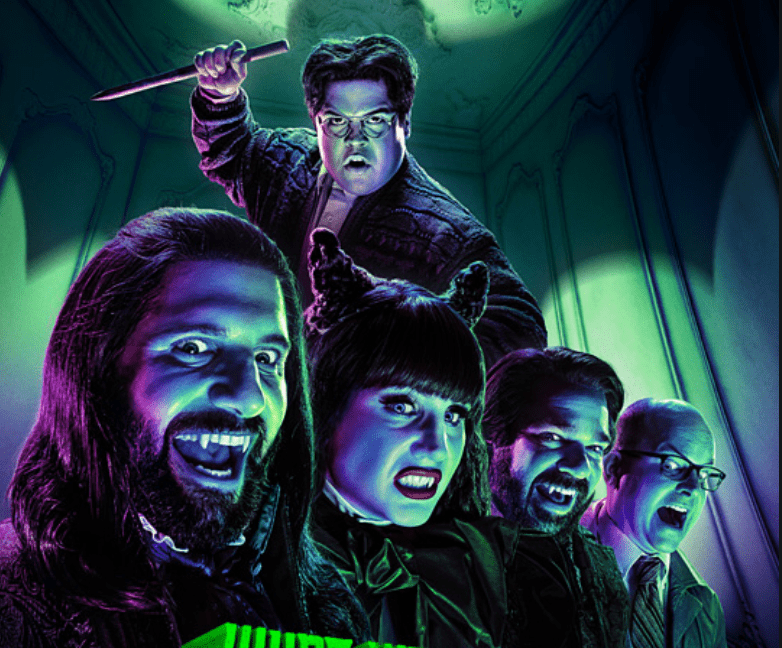 ‘What We Do in the Shadows:’ the bloodiest mockumentary

The mockumentary style genre as we know it has been established by hit comedies like “The Office,” “Parks and Recreation,” “Reno 9-1-1!” and “Arrested Development,” so when you get a mockumentary focused on vampires living amongst today’s crowds, you know it’s serious business, or at least trying to be serious business.

The vampires in “What We Do in the Shadows” are far from what we would consider serious. The FX TV series based on Taika Waititi and Jemaine Clement’s 2014 film of the same name follows four vampire roommates living in Staten Island. An absolutely crazy, high-concept idea for a series and equally crazy characters to boot.

These vampires—Nandor (Kayvan Novak), Laszlo (Matt Berry), Nadja (Natasia Demetriou) and Colin (Mark Proksch)—play host to Baron Afanas (Doug Jones), an ancient, genital-lacking European vampire whose goal is to rule the world, and who puts the main players to the task of taking over Staten Island. Or New York. Or two streets around their house. Or all of North America. Really, the vampires aren’t so sure about the Baron’s intentions.

Every episode, naturally, includes the vampires’ thirst for human blood, and their disgust for human food and religion. But there’s so much more to these characters, much more that the camera crew following them shows us. Their silliness is what makes for amusing, easy-to-watch 20-minute episodes of Nadja seducing her reincarnated soulmate, Laszlo attempting to lead the group but really just running away from annoyances by screaming “BAT!” (and turning into a bat) and Nandor softly ignoring his assistant Guillermo’s (Harvey Guillén) desire to become a vampire.

One of the funniest additions to the franchise is Proksch’s character, Colin Robinson, whose full name is often said to emphasize his overt banality. Colin is an “energy vampire,” meaning that instead of feeding off human blood like his comrades, he instead frustrates them or bores them with slow, dry conversations and small annoyances and drains them of their energy. He’s the most lovable yet most frustrating character of the bunch.

Clement’s humor is absurdly unique, but props go to the amazing cast who make sure their characters are well-developed and realistic. I mean, Eastern European accents are over-the-top, I’ll admit, but that’s what rings special to “What We Do in the Shadows.”

So, if you’re tired of staying in the house all day bored and need a new show to watch (or movie to watch), log onto your Hulu student account and start this show right away. These vampires can’t go out in sunlight without bursting into flames, so take a hint from them and hide away in your room until you’ve finished it. And by all means, keep an eye out for season 2 coming out on April 14.