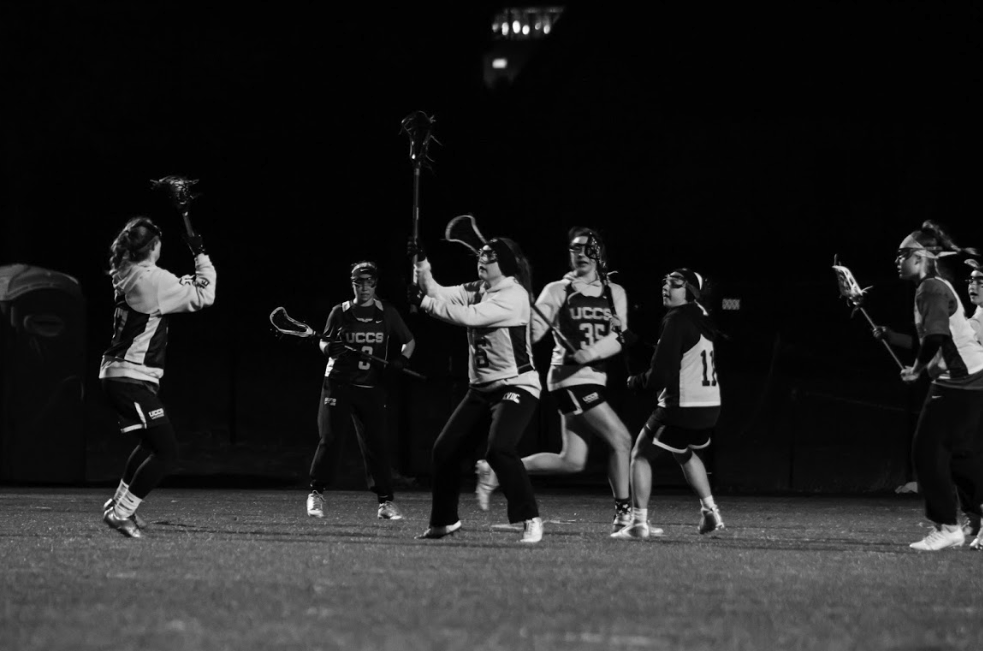 “Generally, our goals have been oriented around improving and creating a better foundation to work off of in the coming years,” said sophomore biomedical science major Maddie Ellis, one of three captains and an attacker on the team.

“We definitely have the talent and drive to do a lot better than we did last year.”

The women’s lacrosse team began their athletic tenure last year at UCCS, ending their first season in program history with an overall record of 4-10.

Christine Hatton, head coach, believes that the team has improved in every aspect of their game since last year. The team is hoping to break the .500 mark with their 17-game season, she said.

“Just overall athleticism is better. We have  big class come in and had a lot more time to recruit that class. We have a better idea of what to do on the field,” said Hatton.

According to Hatton, the team is building their leadership as several players from last year are returning. Senior defender Carmen Plowman and junior defender Ellie O’Brien are the only upperclassmen on the team, so younger athletes are stepping up.

“They have a year under their belt, and they know what is expected of them and what college lacrosse looks like. Last year, all we had were freshmen, and all they knew was high school lacrosse,” said Hatton.

Ellis feels confident in terms of the chemistry that the team has established on both ends of the field when it comes to both offense and defense.

“We kind of got a fluidity in how we communicate and how we interact with each other on the field,” she said.

As one of three captains on the team, Ellis thinks about what she has to do to be a leader on the team.

“We have our insight from last year and getting beaten down constantly has actually allowed us to translate our mindset to a better mindset this year,” said Ellis.

Instead of taking last season as an upset and hardship, the team and coaching staff is channeling what they learned and using it to improve.

The team will begin their season on March 1 against the University of Virginia – Wise.

For more information about the women’s lacrosse roster and schedule, go to gomountainlions.com.