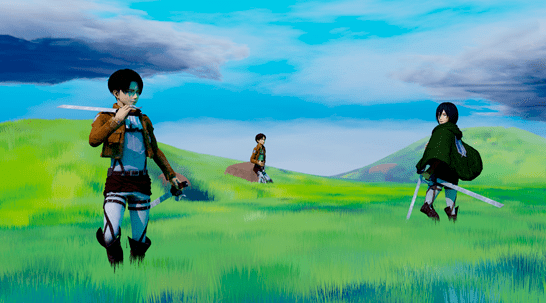 The genius and importance of ‘Attack on Titan’

By: Luci Schwarz
In: Opinions

Warning: Major spoilers ahead for the show and manga “Attack on Titan.”

Whether you are a fan of anime or not, you may have heard of a television show called “Attack on Titan,” known in Japanese as “Shingeki no Kyojin” and based on Hajime Isayama’s manga of the same name.

As the final season is currently airing, now it is as relevant as ever to speak to the importance and genius of “Attack on Titan.”

At first glance, this title’s plot appears simple. The last of humanity has sheltered behind giant stone walls for a century, hiding from giant humanoid monsters called Titans. When Titans breach the wall, the peace is forever disrupted, and the protagonists join a branch of the military to fight for humanity’s survival.

However, if you’re patient enough to reach Episode 7, this is where the first of many genuinely ingenious plot twists is introduced. Believe me — the rest of the show will leave you scratching your head but still aching for just one more episode.

One of the best elements of the show is its ability to continue surprising its viewers without relying on a deus ex machina (something unexpected saving a seemingly hopeless situation). Watchers of the show are able to return to early episodes and see very relevant and important information that may not be revealed for several more seasons.

For example, at one point in Season 1, a simple can of fish is conversed over between two characters which appears to be normal dialogue. It’s a blink and you’ll miss it moment. This scene, however, contains three major game changers; it reveals an enemy that isn’t officially introduced until Season 2 while exploiting a few previously trusted characters as spies.

Moments such as these reveal the planning and intentional writing that went into telling this story.

A writing crutch I absolutely loathe is when it seems that even the writers do not know what is going on or what will happen in later seasons. (Cough, cough: any CW show.) “Attack on Titan” has been planned from the beginning to the end, down to the smallest details.

There are so many realistic and fascinating characters. While the main character is Eren Yeager, everyone is important and worth following. From Captain Levi, humanity’s strongest soldier, to Armin Arlert, an intellectual genius, there are no shortcomings when it comes to well written characters.

By the end of Season 3, our heroes realize that they are not, in fact, the only humans still on Earth. In fact, there is an entire outside world that is out to destroy them.

Thus, all of Season 4 focuses on the brutality of war and the idea of good versus evil. What is so brilliant about the concept is that, while the action scenes are incredible (especially considering that the studio MAPPA only had three months to animate the entire season), the show does not glorify war. Instead, they show just how emotionally and physically traumatizing it is for people.

From families losing their children, to children being enlisted into the war, it’s all very real and eye opening. And yet, amid this brutality there are still meaningful lessons that Isayama leaves behind.

A family who loses their daughter realizes that the only way to end the cycle of violence is to stop seeking revenge. Instead of persecuting the person who murdered their daughter in battle, they choose to forgive.

A focal point of the war is that each character sees themselves as good and their actions are justified as they either seek revenge for wrong done to them or believe they are saving their own loved ones by taking action.

Eren starts out as a hero, but slowly, as he realizes what his homeland is up against, he begins crossing the line from hero to villain. In his mind, he is fighting for his people’s survival but from an outsider’s perspective, as he wreaks havoc upon innocent civilians and soldiers alike, he is dangerous.

The writers seem to swap roles of who the heroes were in the first three seasons and show us a different perspective of them being the enemy. That is the brilliance of this show. Most people are neither wholly good or bad. All that is certain is that war is awful and only brings suffering.

“Attack on Titan,” without a doubt, will go down as one of the most thought-provoking anime of all time. Even my sister, who is not at all a fan of animated Japanese television, is just as obsessed with this show as I am.

The show is available to watch on Hulu, Funimation and Crunchyroll.

2021-04-01
Previous Post: Six-time Oscar nominee ‘Sound of Metal’ is a critical lesson in acceptance
Next Post: SCRIBBLE Photospread: super fun and definitely not stressful at all spring break